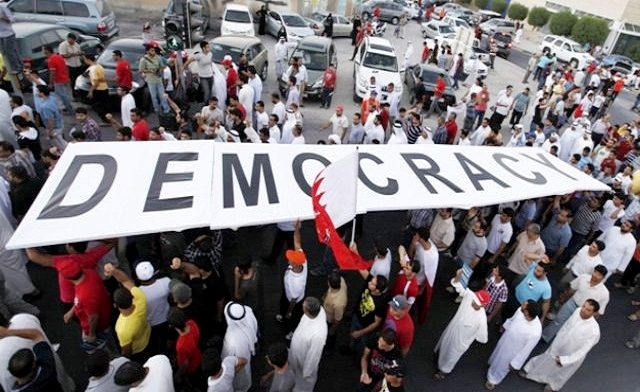 The so-called ‘Arab Spring’ has certainly reinforced the perception that the Middle East is a hotbed of intractable conflicts. Israel has never ceased to use this stereotype to its advantage, reminding the world that it is a beacon of democracy surrounded by hostile countries. The truth, however, is far more complex; and Israel’s status in the region is not as unique as its supporters would like to claim.

Israel’s ambivalent regional role can be made clear through one of the many remarkable aspects of the 2011 revolutions, that is, the way in which the Arab Spring presented contrasting fortunes for Israel and its Arab neighbours. During the early months of the revolutions, Israel looked to be the biggest loser; now and for the foreseeable future, it stands to be the biggest gainer.

In the volatile political climate of the Middle East, Israel’s strategic interest is not protected through the promotion of freedom and democracy but instead through supporting regimes that suppress freedom and democracy. This is but one example of the perverse relationship that has bonded regimes in the region together in which it pays to sustain an arc of oppressive governments. Israel, despite the decades of hot and cold war with its neighbours and its apparent isolation, has been one of the major architects of the region’s unbreakable bind with oppression.

The Jewish State’s regional integration began with the first Camp David Accords in 1979, which enabled Israel to neutralise a major Arab regime while it secured its occupation of Palestine. In the 1990s, after the first Gulf War, the US also moved to integrate the various regional allies economically and politically, a move that led to the signing of the Jordan and Israel peace agreement.

Persuading Arab regimes to drop their boycott of Israel was another plank of this economic unification advanced through the Oslo Accords. While the accords put Palestinians on a road to misery they brought Israel out from the cold regionally. Relations with Israel thawed and Arab regimes turned a new page in their policies towards the country, despite continued public hostility.

For decades, Israel and the Arab regimes have not allowed their public display of frosty relations – a pretence that needs to be upheld to have any real credibility – to get in the way of pursuing broader political and economic interests, even if it proved detrimental to the Palestinian cause. Trade and political ties grew stronger, so much so that the Israeli Chamber of Commerce published Hebrew-language guides on how to do business in the Arab world.

The so-called “tough neighbourhood” in which Israel finds itself, is, in reality, far from the truth, and the reason for overstating this claim lies purely in its propaganda value. Israel’s major security concern, notwithstanding the hyperbolic imagery of the region, emanates from within the area it controls, and that too is wholly the result of its ongoing subjugation of Palestinians and its unwillingness to end the brutal occupation of Palestinian land.

The cliché of the Arab region as one comprising of conflicts within conflicts, rather like a set of Russian doll placed inside each other, is an effective illustration of Israel’s Palestinian predicament. Israel has long come to the conclusion that it cannot resolve its conflict with the Palestinians based on any notion of international law and justice. Instead, it has opted to manage the conflict through various means, the most effective of which has been to neutralise its relations with historical enemies, strengthening its economic and political ties with its neighbours – particularly through the exploitation of common enemies – and locking strategic countries into a culture of foreign dependency.

The Arab Spring threatened to reverse this political perversion and at the same time present new obstacles for Israel in its management of the Palestinian conflict. With Mubarak ousted in 2011 and simultaneous demonstrations across Jordan, vital parts of Israel’s security in the region looked to be in jeopardy.

When Israel’s ability to manage the Palestinian conflict unhindered by its neighbours was threatened, it understandably started to agitate. From the outset, its view of the uprising was unfavourable to the call for regime change and it coined the term “Arab/Islamic winter” and refrained from expressing any political or moral support to the protesters.

When the cliff-hanger moment arrived, and as Mubarak’s fate hung in the balance, Israeli officials, although maintaining a low profile, put diplomatic pressure on the US and the EU not to support the ouster of its most trusted ally in the region.

The offices of the Israeli prime minister and the secretary of state followed the events closely, holding meetings every few hours to discuss and assess the situation, especially after Mubarak’s departure. Mubarak was the only Arab leader Israeli leaders were praying for and the one closest to Netanyahu.

Foreign Minister Avigdor Lieberman, in a letter to Netanyahu, described a nightmare scenario of the consequences of Mubarak’s ouster. He feared a new president would violate the treaty with Egypt and significant numbers of troops would pour into the Sinai.

On the contrary, President Morsi did none of that. He used his very first interview with the Western press to rebut criticism that he intends to lead a reactionary regime inimical to both the United States and Israel. He vowed to respect the Egypt-Israel peace treaty and to root out Islamist militants in the Sinai Peninsula.

Israel’s disquiet over the fall of Mubarak forced Netanyahu to seek new allies: a “Balkan arc” anchored by newly close relations with Greece, Cyprus, Bulgaria, Romania and Albania. Some of these countries allowed the Israeli air force to train in their airspace, providing an alternative to the now-unfriendly skies over Turkey and an implicit, if unspoken, alliance with Saudi Arabia and other Gulf states against Iran and against the Muslim Brotherhood.

The Arab Spring is now in tatters; the dream of “new Middle East” has been reversed by a counter-revolution. Countries that see democracy as a threat to regional stability are forming a new regional axis. Israel, as we came to learn, played a major role by serving the coup authorities. It was revealed that the Israeli government also approached senior officials in the Obama administration to support the Egyptian army in driving out the Muslim Brotherhood.

The determination to make the military coup succeed went even beyond the US. The former Israeli ambassador in Cairo, Zvi Mazal, called on the world to prepare an aid package for the coup government, similar to the Marshall Plan for post-war Germany. It would, he argued, minimise the chances of the coup failing and Islamists returning to government. Israeli officials determined that the stability of the military-led government was its highest priority and that the coup would strengthen its national security and stifled resistance groups in the Gaza Strip.

None of this of course should come as a surprise. It was rather naïve to think that any real change could come about from the Arab Spring protests given the dependency culture of Middle Eastern countries in which Israeli interests and the economic prosperity of a minority ruling elite are the upmost considerations. Even President Morsi, despite the fear-mongering over his rule, was forced to comply when he saw first-hand the crippling effect of this dependency culture and his realisation that his country’s economy and political survival were very much dependent on maintaining a regional status quo.

With the Arab Spring now defined more by its unintended consequences than its path towards a more progressive political culture, there should be no doubt that political oppression has been powerfully woven into the architecture of Middle Eastern countries, Israel included. The potentially grave economic and political ramifications of any realignment of sovereignty in the region mean that Middle Eastern regimes on the whole have not been allowed to steer their own course.

It would seem that the strong and deep states that are all too common in the region have borrowed from the West only those techniques of bureaucratic centralisation that make autocracy more oppressive and more efficient. This perversion of the relationship between rulers and ruled is all the more necessary because Arab regimes have locked themselves into economic and political conditions that are more amenable to foreign interest and less agreeable to the needs and wishes of their people. Some would say their orientation is pro-global capital and pro-elite and foreign interests, rather than pro-society and pro-national and popular interest.

The wish of the vast majority of people living under Arab regimes is for their countries to normalise relations with Israel only when it ends its ongoing occupation and subjugation of Palestinians. But here again we see a massive disconnect between regime elites and the people. Israel and the Arab regimes have become economically and now politically much closer since the counter-revolution, despite Israel’s continued human rights violations against Palestinians.

It is a good thing that the Palestinian cause is not bound by any country, religion, or race and has been transformed as the central rallying cry for millions around the world in the fight against injustice. The conflict is no longer between Arabs and Israel; Arab regimes have shown that they do not represent their people and are more than happy to work with Israel. Together, they have collaborated in the subjugation of millions of Palestinians.

The rights of Palestinians, now more than ever, are interconnected with the political fate of the people of Egypt, Syria and of other countries in the region. It is only through freer, more open and democratic Middle East that we can be sure of ending the ongoing abuse of the Palestinian people.