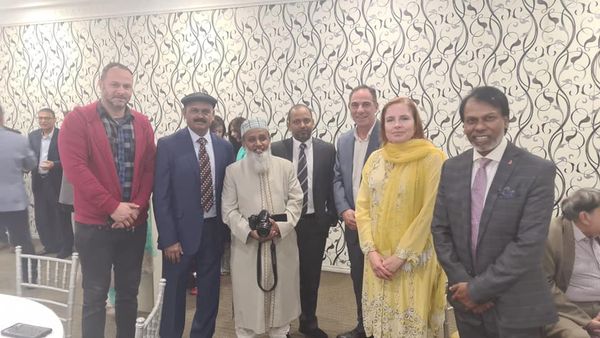 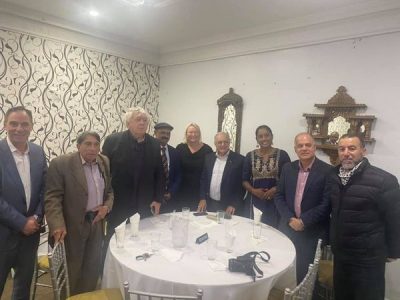 During the event, the guests expressed their joy on the healthy recovery of Mr Hassan with warm messages. Mr Abdullah alias Shamim, opened the event with the recitation of the Holy Quran. There were a few informal speeches delivered by guests including Linda Voltz, Julia Finn, Laurie Ferguson, Yadu Singh, Stepan Kerkyasharian AO, Shibli Abdullah and Dargah Owen (on behalf of Julie Owens) who all expressed their pleasure and delight over the better health of Syed Atiq ul Hassan and appreciated the continuous community work by Mr. Hassan in the past as well as during his long illness. Mr. Hassan being the founder and organiser of Australia’s largest and unique Chand Raat Eid Festival (CREF) and Halal Expo Australia; the speakers mentioned that due to Coronavirus, CREF was not held but next year we hope that everyone is vaccinated, and we are able to get rid of the COVID-19 pandemic and CREF will commence again with full sprit and energy.

The legend politician former member Federal Parliament Laurie Ferguson in his twitter after the function, said ‘It 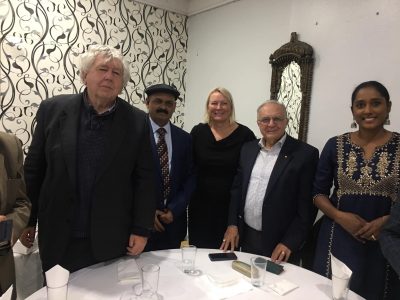 was moving to see Syed, his ultra supportive wife Souraya and family. In a community where some very discredited individuals have tried to thrust themselves forward. Syed , as creator of Sydney’s Chand Raat festival has proven quality rises to the too’.

Hon Julia Finn, member NSW Parliament for Granville, a great admirer of Chand Raat Eid Festival, praised the hard work delivered by Syed Atiq ul Hassan, Surraya Hassan, his family and friends over 2 decades. She said, Mr. Hassan laid down foundation of many multicultural events in NSW and remarkably promoted Multiculturalism in NSW. She said, COVID 19 pandemic has ruined many activities including great Chand Raat. She hoped that COVID 19 pandemic will end by next year and Chand Raat event will continue again with traditional sprit and passion where over 20,000 members of our community participate. 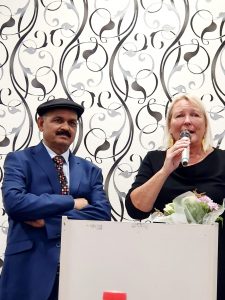 victoriously after fighting with life threatening diseases. She said Mr. Hassan and his family are hardworking family, they are playing vital role in the community. She said during the preparation of Chand Raat I found how passionate Mr. Hassan and his daughter when we had several meetings in my office. She said on these happy days of Eid celebration, congratulations to everyone for healthy recovery of Mr. Hassan.

Hon Dargah Owen representing Member Federal Parliament Julie Owens, passed the message of congratulation of Julie Owen for Mr. Hassan. She said unfortunately Julie could not attend due to her commitment in Canberra, but she has sent lots of love and happiness for the occasion. Mr. Hassan has done remarkable job done in the last over 20 years, given the multicultural community large events including special Chand Raat Eid Festival. 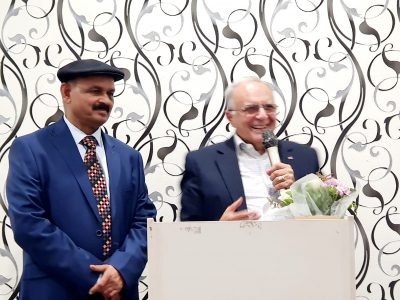 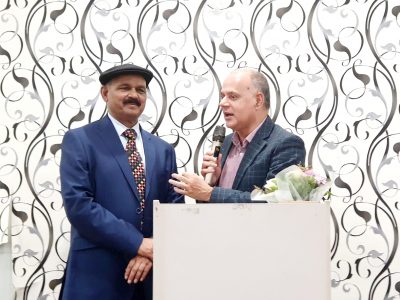 Congratulations, Syed Bhai for beating the dreaded C. As you rightly said, the top-rate medical treatment in Sydney along with the good wishes and blessings from the friends and support from the family can indeed do miracles. It certainly has done so for you. I am so happy to see this happen. My best wishes to you, your wife, Mrs Surraya Hassan and your fantastic family! May God continue to give you the best of health and happiness!’

The host of the event, daughter of Mr Hassan, Sarwat Hassan narrated some incidents of Mr Hassan courage during Mr Hassan’s illness, which were acknowledged by the audience and thanked all the family and friends, community members for their love, prayers, and support. She said Mr. Hassan’s has shown amazing mental toughness and immense passion for serving the community, as he still took part in community affairs and as a journalist continued writing articles on issues while he was passing through his treatment. Mr. Hassan suffered with multiple lymphoma (Cancer), spent almost 3 years in hospital.

Addressing the gathering, Syed Atiq ul Hassan thanked all the guests present, especially the dignitaries. He 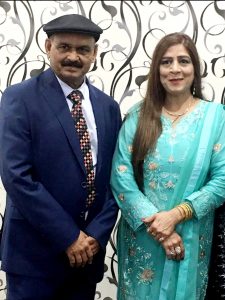 mentioned an amazing story that happened with him when he was in the hospital that inspired and gave him a new dynamic of serving humanity. Mr. Hassan said that he took life-threatening infectious disease positively considering it as Allah’s (God) will and test on him. He said he learned a lot from his illness and is now even more motivated and eager to continue serving the community. Mr. Hassan said, ‘Insha’Allah’ (God-willing) he will do his best to continue his multicultural events and other projects, as he believes to promote our multiculturalism these events play vital role. As a result of his hard work, he has been supported by many important friends and leaders of the community in addition to his family.

Syed Atiq ul Hassan has thanked to everyone who have attended the event, celebrating his healthy recovery. He said that he could not express in words how he felt the remarkable response of the community, family friends and public representatives and political leaders who have given us courage and love. 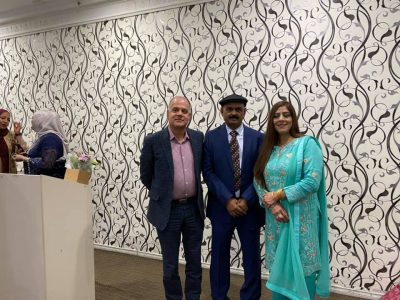 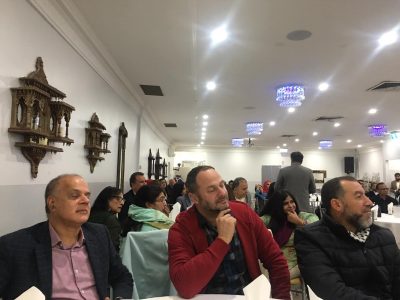