Sydneysiders should brace for major disruptions when construction of the city’s new light rail begins in the CBD in October, the New South Wales Government has warned.

The Government has released a timeframe of major works, but said construction on the 12-kilometre route would be staggered to minimise inconvenience to businesses, residents, commuters and office workers.

Transport Minister Andrew Constance said there were financial incentives for the consortium building the light rail to get in and out as quickly as possible, but he wanted to be up front with CBD workers and businesses.

“We’re not sugar-coating this. This will be a tough, complex build. It will cause disruption,” he said.

“That’s why we’ll try as much as possible to over-communicate the construction impacts so people are well informed.

“The most disruptive stages would be from August to September in 2016 and May 2017, at which point we will have 17 construction phases under way.”

Roads Minister Duncan Gay said Coordinator General Marg Prendergast would be given the power to manage traffic and transport arrangements in the CBD during construction.

“We need an authority that is agile and quick to deal with issues as they crop up during construction within the city,” Mr Gay said.

Construction on Sydney’s light rail begins in less than four months with a plan established for minimal disruption to commuters, motorists and businesses

Light rail will transform the city with fast, reliable journeys from Circular Quay through the CBD to south east Sydney’s sporting and entertainment precincts, medical facilities, education and business areas.

Reducing the impact of construction

Measures to help reduce the impact of construction work include:

• Staggered construction on a ‘get in, get out’ basis to minimise disruption to businesses and residents.
• Staged construction across 31 zones with no one zone affected for the entire period.
• Individual CBD construction zones will be impacted for between eight and 13 months before being handed back for public use.

The introduction of a new bus timetable on 4 October will provide bus commuters plenty of time to familiarise themselves with the new timetable before it is implemented.

Minister for Roads, Maritime and Freight Duncan Gay said the government was throwing everything into alleviating pressure.
“We’re appointing a central body, putting work on hold where we can carry out supporting road upgrades before construction starts,” Mr Gay said.
“We know this is going to be a difficult period of change but we’re Sydney and we’re used to rising to the challenge – I know light rail will be no exception.” 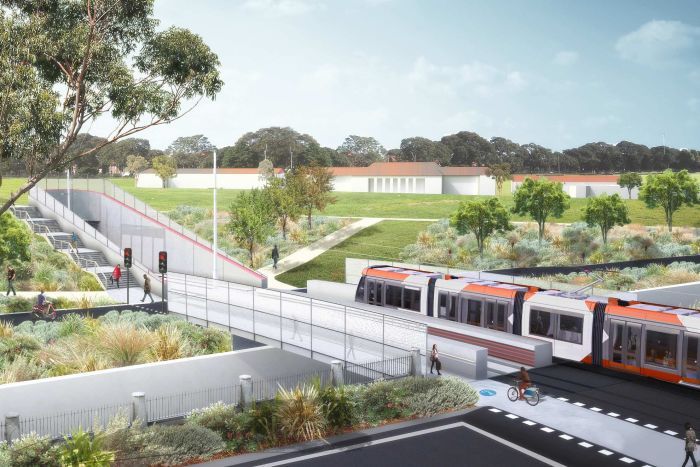 Major construction means excavation works, rebuilding roads and laying tracks. Work will continue on technical fit out and the construction of individual platforms after this time but will be confined to narrower corridors and will be significantly less intrusive.

Pedestrian access will be maintained throughout construction as will local vehicle and emergency vehicle access. East-West crossings of the CBD will also be maintained.