Sydney (Tribune International Report); Small community event of 250 people gathered in Lakemba NSW in 1998 becomes the largest multicultural Eid Eve Celebrations in Australia today, under the banner of ‘Chand Raat Eid Festival (CREF)’. The reason of the amazing popularity CREF from New South Wales to Western Australia is that the events of CREF are open for everyone, from Islamic to non-Islamic members of the multicultural society of Australia.

Alongside the hard work, commitment and dedications of the organisers, Chand Raat Eid Festival (CREF) has incredible stories of success in the last 17 years.  Reaching 10, 000 visitors in 2011 in Sydney Olympic Park, the organisers took CREF to Victoria in 2012 that made a record crowd of 10,000 in the first year in the City of Dandenong; marking 17th year this year, CREF had been taken to Western Australia, where following the tradition, over 10,000 people made another story of success on last Thursday (16th July 2015) in the City of Wanneroo (Perth).

‘If someone ask me what is multicultural Australia? My answer would be come and see Chand Raat Eid Festival’ said Syed Atiq ul Hassan, the founding Director of CREF in his welcome speech at the grand event of CREF 2015 held in Rosehill Gardens, Sydney on Friday 17th of July 2015. 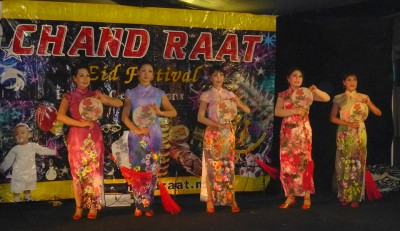 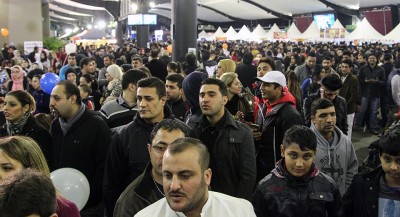 This year, the carnival of CREF commenced with the Ramadan Festival held on Sunday 12th of July at Bowman Hall, Blacktown, NSW, celebrating fasting month of Ramadan, people from the local and surrounding areas attended the event in big numbers where free Iftaar (breaking of the fast) was arranged by the organisers and Islamic activities were held on stage. The Mayor of City of Blacktown Mr. Stephen Bali was the Chief Guest of the occasion who loudly acknowledged the importance of the event especially for the people of western region of Sydney metropolitan.

The Chand Raat (Eid Eve) event in Melbourne was held in Broadmeadows Leisure Centre where over 5,000 people attended the event, majority were families. A beautiful cultural show of Indian, Pakistanis, Turkish, Arabic groups was arranged, many stalls were placed by individuals and business community. A Muslim snake handler was the centre of attraction for the young and adults who enjoyed by taking pictures with snakes and reptiles. Females enjoyed with henna painting in their hands while men entertain their kids with delicious food and rides.

On the same night (Thursday 16th of July), Chand Raat event was also held in Perth at the Kingsway Indoor Stadium in Madeley (Perth). It was big challenge for the Sydney-based organisers to hold an event in Perth, however, an excellent team work was demonstrated by the team of Perth. The event created another success story where over 10,000 people attended the event, majority were families, over 50 exhibitors took part in the festival with their variety of products & services of the interest of the visitors. Different cultural groups from Indian, Pakistani, Afghani, Greek and Italian communities took part in the entertainment segments presented on stage. The Mayor of City of Wanneroo, Ms Tracy Robert and local Member of Parliament Mr. Luke Simpkins were the distinguish guests of the occasion.

The grand event of Chand Raat was held in Sydney on Friday 17th of July at Rosehill Gardens. The hype of the event on social media was touching the skies and overwhelming numbers were expected to attend and that was the case on the day; breaking all previous records, over 20,000 people of different backgrounds attended the event. As the popularity of CREF events has been significantly growing, the organisers added more cultural groups & performers from different Islamic & non-Islamic communities into the entertainment part this year which was largely praised by the attendees. Over 150 small and large exhibitors placed their exhibits and 20 different ethnic food vendors placed delicious food items. The major sponsors given away gifts to hundreds of visitors. Children and adults enjoyed with thrilling and delightful rides & amusements.

This year, the participation of cultural groups from 14 different ethnic communities including 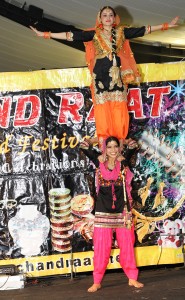 Chinese, Indonesian, Japanese, Greek, Italian, Turkish, Lebanese, Afghanis, Indian, Bangladeshi and Pakistanis in all events held in Sydney, Melbourne and Perth further stretched the popularity of the CREF as a showcase of multicultural Australia. The beauty of CREF is that its events are gaining popularity equally in Islamic and non-Islamic communities, therefore, CREF events are playing an important and much focused role in bringing members of the Islamic and non-Islamic communities together and spreading harmony and friendship.

The Prime Minister of Australia, Hon Tony Abbott was invited as a Chief Guest in the main event held in Rosehill Gardens on Friday 17th of July 2015, however, due to his other important commitments the Prime Minister could not attend the event instead he sent a video message for the participants of the CREF 2015. In his message the Prime Minister said that this great festival of Chand Raat Eid Festival plays an important role in bringing people of Islamic & non-Islamic communities together. (Watch PM message on; https://www.youtube.com/watch?v=4YCWuYUZnMU )

The last event of CREF 2015 was held as an Eid Festival on Sunday 19th of July at Springers Leisure Centre & Tatterson Park, Keysborough. Over 5,000 members of the different communities attended the event. A colourful cultural show was presented by Afghani, Indian, Pakistani, Arabic and Australian cultural groups. The Mayor of City of Dandenong Mr. Sean O’Reilly was the Chief Guest of Occasion. Mr. O’Reilly praised the event and wished the event to be continued in the City of Dandenong with traditional popularity.

Mr. Hassan has paid special to the media especially to Tribune International (Media partner of CREF), SBS Radio, SBS TV, Navtarang media and Social Media Pages run by various groups and individuals for their valuable promotion of the events.

Mr. Hassan has thanked all the visitors and supporters of Chand Raat Eid Festival 2015 who not only attended the event in big numbers but promoted CREF events in Sydney, Melbourne and Perth overwhelmingly through their social media and network.

Watch the highlights of CREF 2015 Sydney on https://www.youtube.com/watch?v=jCD0QZPkTgU . Highlights and Images of all events are releasing soon on CREF website and Social Pages.