Islamic Practice and Dawah Circle (IPDC) is an Australia-wide community organisation primarily established by Bangladeshi-origin Australians. While it organises numerous Iftar events at various suburbs in all states of Australia for its members, this Iftar event was arranged for the members of the greater Australian community.

Sheikh Abu Hurayra, Imam of the St Mary’s Masjid, recited from the Qur’an at the commencement of the event. A brief discussion session was moderated by Mr Shibly Abdullah, Lecturer of Charles Sturt University. Mr Kamal Mahmud, the President of IPDC NSW, thanked all the guests in his welcome speech.

Senator Lee Rhiannon, Ms Mary Waterford AM, Chairperson of Sydney Alliance, Sheikh Adid Alrubai, representative of the Grand Mufti of Australia, Sheikh Jalal Chami, Amir of ASWJ Revesby, Reverend Dr Patrick McInerney, Director of the Columban Centre for Christian-Muslim Relations, Bishop Vincent Long OFM, Bishop of Parramatta at St Patrick’s Cathedral highlighted various issues such as the practical lessons of the month of Ramadan, impacts of fasting, the aspects of love and social justice in Islam, the role of religion in creating harmony and coexistence in the society, the importance of shared values between various faiths.

On behalf of the IPDC, Dr. Rafiqul Islam, Central President, and Mr Moniruzzaman, secretary of the organisation, thanked the attendees for their valuable participation. 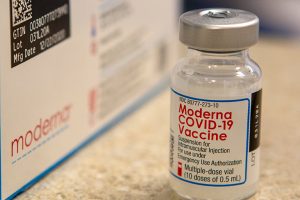 Government has secured an additional one million Moderna; Prime Minister