The failure of the Sindh government, the lack of necessities for the people, the indifference, shameful apology, and stubbornness of every high-ranking personality in the government over the horrific deaths of human due to lack of medical resources and mismanagement are once again the adornment of Pakistani news media and TV talk shows. Is there anything to change in Sindh with this debate and the disrespectful answers of the ministers and advisers? The fact is that the situation in other provinces is not much different. Since I have started in the media, my brain is full of issues. Now I feel I am writing the same old story again. It seems that I am rewriting an old article. 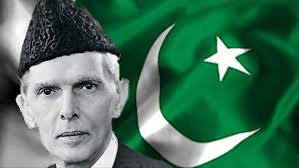 This is what happens to a nation that could not distinguish between its patriotic leaders and corrupt politicians. Where society has deteriorated to such an extent that there is no difference between halal (legitimate) and haram (illegitimate) means, every other person is just looking for an opportunity to earn money easily, therefore, wouldn’t people receive punishment from Allah? Still, we think Allah will shower his blessings on us. Today we live in a free country and are billions of dollars indebted to foreign financial powers!

Instead of telling a long story short, if we just look at whether Pakistan has achieved the goal on which it was created and then decide honestly! We will conclude that yes, we are all worthy of the ordeal that 200 million people of Pakistan are going through today. How long will we continue to deceive ourselves?

Our elders created Pakistan because they wanted us to live in a free state where Islam is a part of our daily affairs, where everyone gets justice without discrimination, where state affairs would be away from provincialism, racism, and sectarianism, where every rich and poor get immediate justice. We talk about making Pakistan as the state of Madinah, but the truth of the matter is that we even could not build Pakistan according to the resolution and ideology of Pakistan. We lost the eastern part of the country due to the unjust and unfair system of the state and got involved in the war of provincial rights instead of one Pakistan then we talk about strengthening and sovereignty of Pakistan. If we were to talk about Punjab, Sindh, Baluchistan and Khyber Pakhtunkhwa, then what was the need to create Pakistan? These provinces existed for centuries before the establishment of Pakistan. Today we have strayed from the meaning of Pakistan.

Pakistan was an independent one unit state consisting of two parts East Pakistan and West Pakistan. Every citizen was just a Pakistani and not Bengali, Punjabi, Sindhi, Balochi, Pakhtun, and Muhajir. Today we are talking about the rights of the provinces, which is an act against the ideology of Pakistan.

Pakistan was a need of the Muslims of India to become a state where every citizen had equal opportunities for education, doing business, and get a job. Where every person pays his share of government taxes honestly, people earn halal and feed their children halal, and free medical treatment would be easily available for every citizen. The care of the unemployed should be the responsibility of the state. All the people should behave like true Pakistani and not identify and divide themselves into provinces, but today Pakistani politicians give priority to their provinces over Pakistan. Let a society be born in Pakistan where people have political consciousness, social responsibility; they should keep in mind the future of their next generation when electing a political leader. Can we do any of this? If your answer is no, then the rest of the discussion is futile. Unless every Pakistani looks at his collar and does justice to himself, no one will give him justice or social security.

11 million doses of the COVID 19 vaccine have now been administered; Scott Morrison

AUSTRALIAN GOVERNMENT MUST BE APPRECIATED ON REMARKABLE COVID-19 PREVENTATIVE MEASURES