Sydney (Tribune International Report); Members of the Pakistani Community in Sydney loudly and 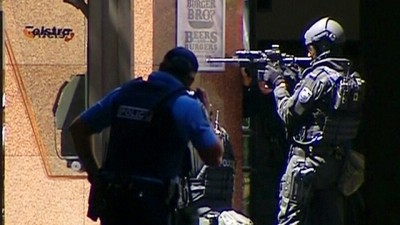 ‘displaying an Islamic banner and hostage people on gunpoint into a café’ is an inhuman act of terror which cannot be accepted by the people of any religion including Islam’ said people in their comments.

The President of Pakistan Australia Federation, Syed Atiq ul Hassan condemned the incident and called it an act of terror, he said, the law enforcement agencies should take appropriate measure to save the lives of the innocent people being hostage by (assumingly one) gunman.

Mr. Hassan has appealed all the members of the community to remain calm and peaceful.