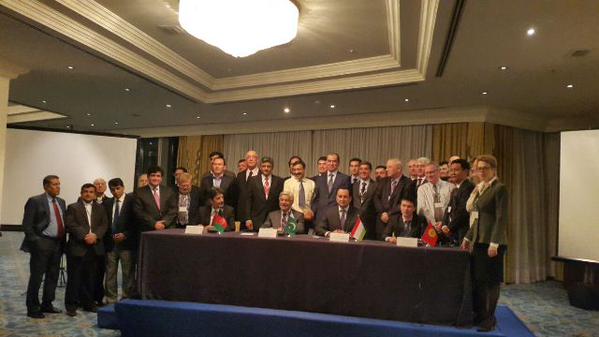 The project called Central Asia South Asia Electricity Transmission and Trade Project (CASA-1000), under the umbrella of the World Bank, will help export 1000 megawatt (MW) of clean energy to Pakistan at a price of 9.35 cents including all charges.

Tajikistan’s share in the energy export will be 70% while Kyrgyzstan will export 30%. Afghanistan will consume 300 MW of the exported energy while Pakistan will receive 1000 MW electricity. 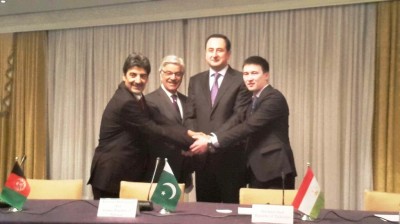 Minister Khawaja Asif termed CASA-1000 project a “historic agreement“. Pakistan has played a key role in bringing about the agreement following a series of tough negotiations carried out by the working group, led by Secretary Water and Power Mohammad Younus Dagha and Additional Secretary Omer Rasul. The final resolution came when Federal Minister for Water and Power Khwaja Asif joined in and managed to get all four member countries to agree on the terms of the contract.

“This is a historic achievement of the present government towards opening a regional economic corridor between central Asia and South Asia,” according to an official statement issued from the PM House stated on Thursday.

Although conceived long ago, the Government of Prime Minister Nawaz Sharif took the initiative to accelerate the project and convened a meeting of Inter-Governmental Council of CASA-1000 in September 2013 in Islamabad to discuss various aspects of the project. Subsequent follow-up consultations ultimately led to the conclusion of the historic agreement in Istanbul.

CASA-1000 project, scheduled for completion by 2018, is expected to boost energy trade in the region that will lead to sustainable development.