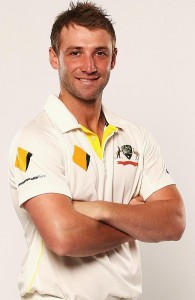 The tragic death of Phillip Hughes that happened too sudden and too soon has greatly stunned Pakistan’s cricket community and fans who share the grief with his friends and family.

Pakistan Test opener Ahmed Shehzad, who recently suffered a hairline fracture of his cheekbone, said he “froze” when he heard the news of the Australian batsman Phil Hughes’ death. “I froze when I heard this tragic news and my heart went out to his family because I have been very fortunate to be on my feet again,” Shehzad said in an interview. Shehzad had to undergo scans and treatment for hairline fracture of cheekbone after being hit by a short-pitched ball from New Zealand’s Corey Anderson on 10 November. He was later sent home to recover, missing the remainder of the Test series.

“I know how it feels. That moment. The day Hughes was hit I knew what his family was going through. I prayed for his recovery,” Shehzad added.

The second day of the third Test match between Pakistan and New Zealand in Sharjah has been postponed for a day to express sorrow for Hughes’ tragic death and to remember the brilliant 25-year-old Australian batsman. Both teams decided not to take the field after the news of Hughes’ death arrived an hour-and-a-half before the start of the second day.

“The whole team is shocked and saddened to hear about the death of Phil Hughes,” said Moin Khan, the Pakistan team manager, adding his memories of Hughes: “He was here for the Australia limited-overs squad and was very cheerful. He was always ready to talk about cricket.”

Mike Hesson, the New Zealand coach, expressing sorrow on behalf of the New Zealand team, said the mood in the dressing room was “sombre”. “Today isn’t about cricket, it’s about Phil,” Hesson said. “Like the rest of the cricketing family, the Blackcaps players and management are devastated to hear about Phil’s tragic passing.”

Pakistan’s former test pacer Sarfaraz Nawaz reminds that Sean Abbott, the player who accidentally hit Hughes, would also need to be looked after. “I just hope that the bowler who bowled the short-pitched ball to Hughes is being given counselling because he would be distraught at this moment,” he said.

Pakistan’s former wicketkeeper Rashid Latif suggests that the International Cricket Council should order a review of the safety gear provided by manufacturers. “It should be done now because while no one is to blame for what happened, the ICC and its member boards must make sure helmets available today are top quality and safe,” he said. 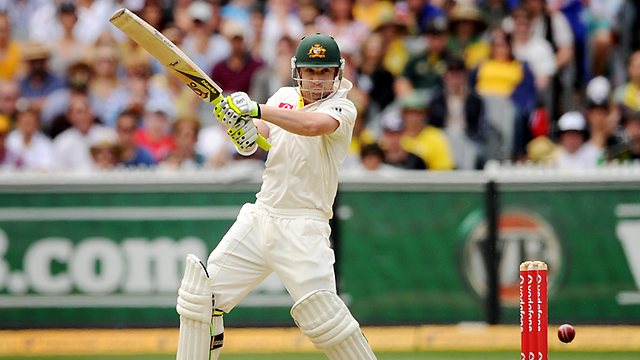 Tributes and condolences from Pakistani Cricketers

Pakistan’s cricket legend Wasim Akram expressed his grief and sympathies in these words:

onbehalf of Pakistan,a cricket loving country we send deepest condolences to Phillip Hughes’ family,Australia & all affected by this tragedy

Saddened by the loss of #PhilHughes.Thoughts and Prayers go out to his family, friends and Sean Abbot. Rest in Peace pic.twitter.com/gom60wQz8e” — Sana Mir – Official (@mir_sana05) November 27, 2014

We all play cricket as a family… Really sad & shocked with the news of Phil Hughes.. Special Condolences to his whole family.. Wil miss u

Umar Gul, while extending his sympathies to the family, said it was a huge loss for the cricket community all over the world.

Heartfelt condolences to the family of Phil Hughes, a huge loss for the cricketing fraternity..RIP Phil..thoughts go out to sean Abbott! — Umar55 (@mdk_gul) November 27, 2014

Shahid Afridi also shared his sorrow in this message:

My heartfelt condolences to the family of Australian cricketer Phil Hughes on the sad demise.

Umar Akmal shared his golden memories on the occasion:

Played under 19 cricket with him May his soul rest in peace Dark day for the cricket pic.twitter.com/eLrHdAQWnU

Pakistan’s cricketing fraternity is saddened by the passing away of Phil Hughes. All our thoughts & prayers are with Phil & his family. #RIP

Abdul Majid, a sports desk sub-editor at The Express Tribune, paid his tributes to Hughes in these words:

With his flamboyant technique and impulsive shot making, he was meant for things greater than he had already achieved. The talented, short-heighted, left-hand batsman was not flabbergasted by the acrimonious welcome to Test cricket and instead he took the challenges head on. The world will always remember his batting skills and his humble presence on the cricketing ground.

Faizan Lakhani, a Karachi-based sports reporter, with his informative tweet, reminded of those who died playing the game that they loved most:

Ubaid Awan, a sports journalist, shared his thoughts too:

On behalf of all Sports Journalists from Pakistan, we offering deep condolence with Phil Hughes Family. From @SJAS_sports CC to @ICC

Asif Khan shared his sympathies with this message: