Sydney (Tribune International, 1 November 2022): Pakistan and South African Cricket teams gathered at Cricket NSW’s head office Cricket Central, in Sydney Olympic Park. The event was an official welcome gathering organized by ICC and Cricket NSW  for both the Pakistan and South African cricket teams prior to their big game on Thursday, 3rd November at the Sydney Cricket Ground. 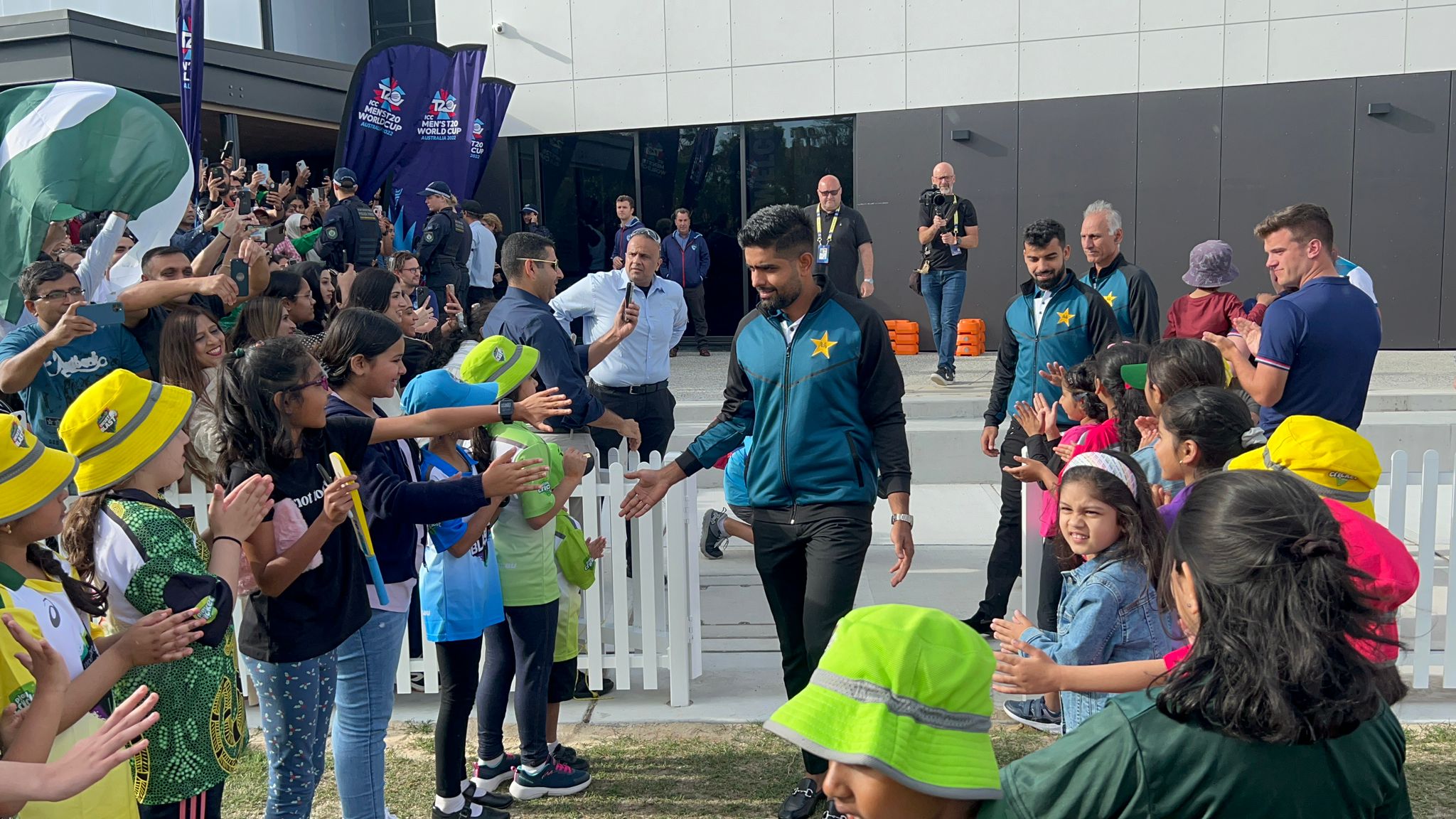 Pakistan and South African cricketers received a very warm welcome from young children a part of the Woolworths Cricket blast program who met with their favourite players with great excitement and enthusiasm.

The majority of attendees cheering in the crowd were Pakistani fans, and Pakistani community members from Sydney, New South Wales.

Despite, Pakistan losing two crucial matches against Zimbabwe and India, the Pakistanis demonstrated their solidarity and love for their team.

The Pakistani community members amazed to see their national players. Young children enjoyably welcomed them and youth welcomed the Pakistani players with slogans of Pakistan Zindabad and Pakistani flags. Pakistan’s next match will be played at the Sydney Cricket Ground on Thursday, November 3, in which a large number of Pakistanis are expected to participate.