Disheartened Pakistan cricket fans took to the streets, expressing their protest after the national team posted below-par performances in the first two matches of the ongoing World Cup.

In Multan, which is the hometown of some of the top Pakistan cricketers including former captain Inzamam-ul-Haq, a group of youngsters took out the mock funeral of the team in the Farooqabad locality and also set on fire an effigy of the former chairman of the Pakistan Cricket Board and presently on its board of governors, Najam Sethi. 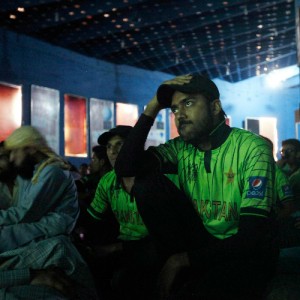 “We have taken out this mock funeral because millions of cricket fans stayed up all night and prayed for success of the cricket team. But the team let us down so badly,” one of the protesters said on a television channel.

“After losing to India, we were expecting the team to bounce back against the West Indies but instead we performed even worse. It appeared as if the players had no pride or will to win, which is shameful,” the protester added.

During the mock funeral, the protesters also carried banners criticising the players and head coach Waqar Younis, and also raised slogans against them.

Even senior politicians couldn’t stay away from the media and social networking sites, venting out their frustration at Pakistan’s 150-run defeat to the West Indies.

Senior politician and senator Syed Mushahid Hussain said it was time for the “Sifarashi” culture to stop in cricket.

“Cricket is big in Pakistan and if our team is to be a consistent winner, we have to get rid of favouritism and nepotism in our cricket,” he said.

What has further irritated the fans are the reports coming in from New Zealand of senior players Shahid Afridi, Ahmed Shehzad and Umar Akmal misbehaving with fielding coach and trainer, Grant Luden and Shehzad having an argument with Waqar in the nets over his shot selection.

“The players who think they are bigger than the game must be sacked,” a small group of protesters in Karachi’s Gulshan-e-Iqbal area shouted while carrying placards and banners.