Pakistanis are closely monitoring and speaking out against the change in the citizenship act (CAA) in the Indian constitution BJP government has made in order to eventually victimize Muslims of India. The idea of an independent state of Muslims was also initiated as a result of the continuous denial of Muslim rights in India and therefore Pakistan was created, in 1947, after a long struggle and sacrifices of Muslims of India. Wise Indians understand this fact and reality of Pakistan, therefore, many political parties and non-Muslims are against CAA, NCR and NPR in India today, they don’t want the creation of another Pakistan. 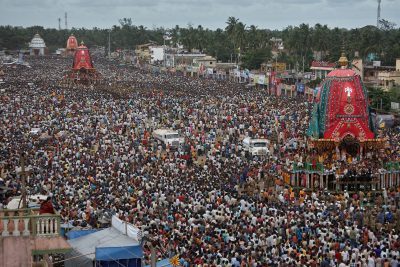 Today, demonstrations are being staged all over India against the amendment in the citizenship act in the Indian constitution and some other related changes in the other acts. In these demonstrations, not only Muslims but Indians from different faiths are also taking part which is good for Indians to raise their voice to keep India remain as a secular state. The stability in India can only be intact if India remains a secular and people from every faith should be given equal rights.

It is obviously an Indian internal issue, but the world cannot be quietly sitting and watching the victimization and discrimination against the people of a particular religion. In this regard, the changes in the act of CAA, NPR and NRC are particularly against the Muslims in India. Therefore, in current on-going protests all over India Muslims are leading the demonstrations. As a matter of fact, Muslims belong to a global religion of Islam therefore religiously they are connected to each other like fellow brothers and sisters. Hence, the Muslims of many countries and heads of states spoke out against these changes in the Indian constitutions. The Government of Pakistan trying its best to keep themselves away from the issue as Pakistan is already dealing with other geopolitical issues in the region, yet the People of Pakistan have shown their support for the Muslims of India.

Pakistan has already been fighting for the rights of the Kashmiris on almost every international platform including UNO. Today, the majority of the countries in the world support Pakistan’s stand on Kashmir. And now the issue is not only belonging to Kashmiri Muslims but all Muslims in India.

It is good that two brothers from Hyderabad Deccan, Akbar Uddin Owaisi and Asad Uddin Owaisi, bravely and openly speak out on the discrimination and victimization of Muslims in India. However, the recent statement of Asad Uddin Owaisi against Pakistan and Pakistani Prime Minister Imran Khan is very condemnable. Mr. Owaisi said that Imran Khan should look after Pakistan, problems of people of Pakistan and leave Indian Muslims alone. Well Mr. Owaisi otherwise you look very intelligent and visionary, but you don’t fully understand the relation of Muslims of India and Pakistan, they are fellow Muslim brothers and sisters carrying common history. Pakistan has no interest in speaking out in the internal affairs of India but Muslims in India are their fellow brothers & sisters, the actions of the Indian BJP government against them are inhuman and against basic human rights. Indian government and agencies were involved through Afghanistan in spreading terrorists’ activities in Pakistan. The arrest of Indian naval officer, Kulbhushan Jadhav, in Pakistan and his acceptance of being involved in terror activities in the cities and town of Pakistan is an open evidence of Indian involvement in terrorism in Pakistan. Then Indian forces almost every day escalating cross border firing & bombing and killing innocent civilians across the border. Pakistan has a policy of not to spread the battle between Pakistan and India which could lead to a nuclear war. Unfortunately, the Indian government and leadership have proven to be un-visionary and they only look their own interest not the interest of the people of India and Pakistan.

The Indian police barbaric actions against peaceful protestors, especially against Muslim citizens, are horrific. BJP leaders are openly speaking in public to their followers to kill Muslims wherever they find them.

The world powers must take notice of BJP government action against their Muslim citizens and listen to hundreds and thousands of protestors hold demonstrations almost every day in the cities and towns of India. (the writer is a Sydney-based journalist, his email address is shassan@tribune-intl.com ).