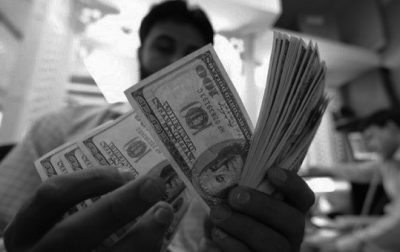 Overseas Pakistanis living abroad for a longer period of time are found to be experienced professionals, business owners, educationists, scientists, and industrialists of international repute. They are very well established economically, professionally, and socially in their countries of residence. Attached profoundly and emotionally with Pakistan, they always intend to go back and serve their native land. The overseas Pakistanis are an excellent resource for Pakistan in almost in every field.

Many overseas Pakistanis participate in local politics, media, and public services in their country of residence, where they debate and promote the ideology of Pakistan and the geopolitical importance of Pakistan on the world map. They are true ambassadors of Pakistan and defend Pakistan on every available forum. They introduce and promote Pakistan’s geopolitical issues, particularly on Kashmir and its disputes with neighbouring India. As a matter of fact, on many occasions, overseas Pakistanis do a better job than the official diplomats of Pakistan in promoting Pakistan’s image for instance on various regional and international issues using various platforms. No one forces them to do these things, yet this is their absolute character of loyalty to Pakistan.

Today, a significant number of top scientists, technologists, entrepreneurs in Pakistan who are playing a pivotal role in the development of the country are dual nationals.

Overseas Pakistanis in many countries are legally allowed to hold dual nationalities. Unfortunately, these dual national Pakistanis don’t receive equal and fair chance to serve Pakistan in many fields. For example, dual national Pakistanis don’t have full rights in the electoral system and are not allowed to contest in the elections at any level. They are also not allowed to have key positions in many departments. The reason is given that dual national Pakistanis may sabotage the country’s secrets or may target to achieve their short-term goals in Pakistan and return to their country of residence anytime. It may make sense; nevertheless, the point is this can be done by any Pakistani even not holding citizenship of any other country but a permanent citizen of other countries. There is not much difference, especially in the western world, people holding citizenship or permanent residency. Many current politicians who hold green cards and permanent residencies of other countries have built their huge assets in western countries. Many parliamentarians who don’t hold dual nationality but hold permanent residencies of the western countries often spend much time in USA and Europe. These top politicians today often travel to England even to hold political meetings. Their loyalty with Pakistan has always been a question mark? Therefore, the problem is not in Pakistanis dual nationality, instead it is the loophole in the system which permits them to do wrong things and escape.

Today, the world is open for every person of any country. For example, in Australia, people from more than 150 nationalities live together, and every 3rd person either was born outside Australia, or his/her parents were born outside Australia, a significant number of people hold dual nationality including Pakistani Australians. No one has any problem with their other nationality. They can apply for any job of any level; however, they do have limitations in participating elections at the provincial or national level.