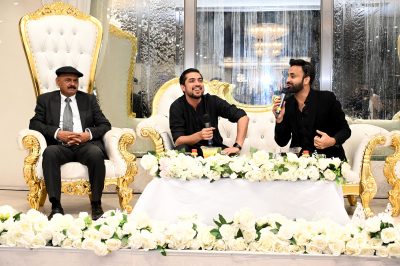 On Sunday, November 20th 2022, an esteemed family function was organised, by Tribune International and Knobin Digital, at the Skyview Reception Function Centre in Liverpool NSW (Sydney). Pakistan’s famous journalists, TV anchors, and presenters Mr Waseem Badami and Mr Iqar ul Hasan attended the event as Pakistani celebrities. Both personalities won the hearts of the audience with their warm dialogue, engaging messages, and entertainment including their live Hamd, Naat and Sofi Kalam performances. Both fully engaged with the audience during the entire period with an interactive meet-and-greet and photo session with attendees during the show. 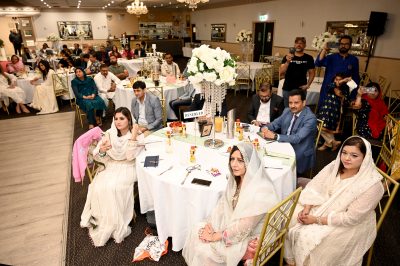 hampers for the attendees. Mr Waseem Badami and Mr Iqar-ul-Hassan quizzed the audience in the instant prize segment and presented gifts to the winners. They also held a Naat competition for the audience and presented them with gifts including the latest model Television gift set given to the best Naat reciter, Saba Khan.

The Consul General of Pakistan in Sydney Mr. Muhammad Ashraf was also invited as a special guest, who while addressing the audience, congratulated, and appreciated, Wasim Badami, Iqrar ul Hassan, the host of the program, Syed Atiq ul Hassan, Surraya Hassan, their family, and the everyone present for organizing the event for a great cause. The aim of this event was to conduct fundraising for flood victims in Pakistan. The function raised funds for Pakistan’s flood victims. These funds will be sent to a welfare organization based in Karachi which is 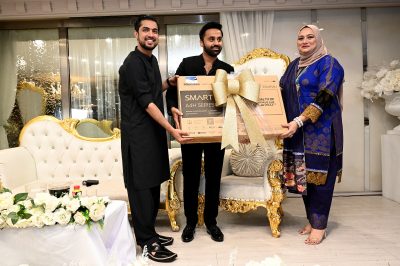 actively helping the flood victims in Karachi, Hyderabad, and rural areas of Sindh in every possible way – a video presentation, and detailed messages about their services were shown during the event.

The host of the function Mr Syed Atiq ul Hassan and Mrs Surraya Hassan thanked Waseem Badami, Iqrar-ul-Hassan, the guests, and the attendees for participating in this noble function and making it a success.

A delicious dinner was also served in the function. The participants in Sydney also thanked and praised the organizers, for holding the event in such a respectable manner, that everyone enjoyed and at the same time donated to a noble cause. The attendees mentioned that after the covid pandemic break, we are once again pleased to see Mr Syed Atiq ul Hassan and Mrs Surraya Hassan, holding such events, and providing us the opportunity to meet and greet with our famous Pakistani TV anchors and presenters in person. The people

present at the function hoped that they will continue holding such high-quality and entertaining family events for the Pakistani community.

On behalf of the organizing team in Sydney, many thanks to Mr Waseem Badami and Mr Iqar-ul-Hasan for participating in the program and making it a success.