When I heard in the news, today, that you have taken the role of the Chief Justice of Pakistan I could not resist to express my feelings to you and bring your attention to the people of Sindh.

You are one of those who did not take oath under the Provincial Constitutional Order (PCO) of General Pervez Musharraf. You are a proud Justice for every Pakistani especially for 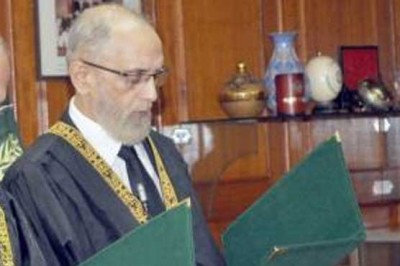 the people of Hyderabad Sindh and alumni of University of Sindh. Therefore, I am very determined that you will take prompt action using your power to the root cause of the worst conditions of the people of Sindh today.

I was born, raised in Hyderabad Sindh, studied in University of Sindh, and had been the victim of unjust quota system during my study period in 1970s like thousands of others, resulted, today, the incompetence, nepotism, discrimination, divisions and corruption are the top characteristics of every department in Sindh. Allah has given me opportunity to raise my voice against this corrupt system in Sindh through my journalistic work internationally in the last 25 years. I see you as a ray of light, being the Chief Justice of Pakistan, for the common people of Sindh as Allah has given you a unique opportunity today, to deliver justice and freedom to the people of Sindh from these corrupt mafia.

Quota System is un-Islamic and in the civilized world considered as the most discriminatory system. I feel I wouldn’t need to explain you what has been done to the people of Sindh by the two self-centred and egoistic political powers, Pakistan Peoples Party (PPP) and Mutehida Quomi Movement (MQM) who have just used this unjust system for their own vested agendas. These two political powers have divided the people of Sindh on ethnic lines. PPP being the creator of unjust Quota System in 1973, has divided Sindhi on ethnic lines (Sindhi & Muhajirs); while MQM, from her creation, has been the promoter of Muhajarlism among the new generation of the migrants of 1947. These two political parties, most of the time in the last 30 years or so, have been in power, have done nothing except divided people, bought their votes on the name of victimisation and injustices and rule them. I don’t want to go in further details as the entire Pakistan knows and the tales of their corruption, target killings, kidnapping & ransom, economic terrorism are now the headlines in international media. Most of the top figures of PPP and MQM already left Pakistan and some are trying to escape from detentions.

Today, the people of Sindh are in the worst situation and they could not see any Messiah for them who can provide them freedom from these corrupt forces. In this situation, you can be a Messiah for them as Allah has given you the supreme Power of Justice.

Therefore, my humble appeal to you is that please take a suo-motu action against the Quota System without delay and force government to implement a system of merit, fairness and equality in every department and for everyone indiscriminately.