Nicaragua’s Momotombo volcano has erupted for the first time in more than a century, spewing bright red lava into the night sky accompanied by large quantities of ash.

The authorities said the renewed activity, which began on Monday night, has not yet put nearby communities in any imminent danger but warned locals to get ready to leave at a moment’s notice.

“We will evacuate if necessary, right now we are monitoring the activity of the volcano,” disaster prevention chief Guillermo González told reporters.

Momotombo stands 4,255 feet (1,297 meters) high and is located next to Lake Xolotlán and near to the colonial city of León, with 32 smaller communities in its immediate vicinity. The volcano is a popular hiking destination with a reputation as the most difficult climb in northern Nicaragua.

Although volcanoes can experience periods of dormancy and activity, very little is known about why a volcano might stay quiet for 110 years and then rumble back to life, said Erik Klemetti, a volcanologist at Denison University in Ohio.

“There is no ‘norm’ for volcanoes, because it’s all going to be up to the individual systems,” Klemetti told Live Science.

According to the Smithsonian Institution Global Volcanism Program, Momotombo had a particularly active period in the late 1800s, with 10 confirmed eruptions between 1858 and 1905. It also erupted several times in both the 1600s and the 1700s; in 1610, an eruption destroyed the original site of the town of León.

The volcano, like others in Nicaragua, sits in a seismically active spot where the Cocos Plate slips under the Caribbean Plate, in a process known as subduction. According to the Smithsonian, Momotombo’s current cone is relatively young — it started forming about 4,500 years ago. Prior to this eruption, it stood 4,255 feet (1,297 meters) tall.

“Different volcanoes are going to have different periods of time based on all sorts of different things going on in the crust,” Klemetti said.

Likewise, there’s no clear answer as to why some volcanoes go quiet for a century — or even tens of centuries — and then erupt again. Researchers have searched for links between earthquake activity and later eruptions, and haven’t found much of a connection, Klemetti said. There may be some rough correlations between extremely large earthquakes in Chile and volcanic activity six to nine months later, he said, but the relationship is small. 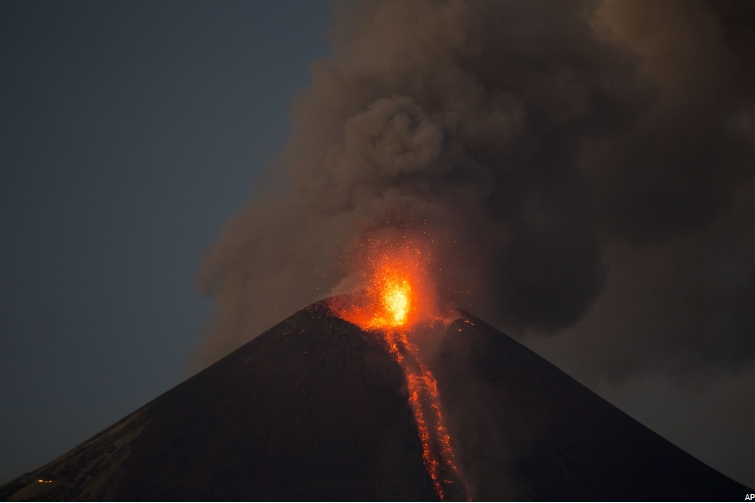