Australians have ushered in the new year, with hundreds of thousands of people gathering for fireworks displays around the country.

Australia and New Zealand were one of the first countries to welcome in 2016, with people gathered in Auckland, Sydney and Melbourne to watch a colourful fireworks display.

Australia and New Zealand provided the backdrop to a spectacular show and stunning fireworks for spectators.

In Canberra, most of the fireworks were launched from City Hall with coloured flames also shooting from roofs at Civic Square.

“It was always my dream to see it once,” Mrs Schulz said, with a smile from ear to ear.

“There’s fireworks back home, of course, but nothing quite like this.”

“I usually just watch the fireworks from the comfort of a mate’s house with a beer or two to celebrate,” Mr Allerton said.

“But she’s out visiting from Malaysia and has never been to a live fireworks show, so I couldn’t pass up taking her.”

Ms Lee, from Kuala Lumpur, wasn’t blown away by the early display but said the midnight fireworks were a different story.

“What we saw earlier wasn’t that impressive but the midnight show is a world-famous event,” Ms Lee said.

Melbourne welcomed 2016 with its biggest fireworks display yet, sending nearly 10 tonnes of fireworks into the sky at midnight in a rooftop display.

Olivera Ristevska from Reservoir and Mill Park man Ralph Di Ciocco were among about half a million people who travelled to the CBD for the spectacle.

“Melbourne is beautiful. I couldn’t think of any other place to come to,” Ms Ristevska told AAP. Kon Kamateros and his wife Hanne enjoyed dinner and a movie before the display. The city’s New Year celebrations are unique, he said.

More than 100,000 people are expected to ring in the new year in Brisbane, an hour after the rest of the eastern states. Crowds on South Bank are expected the view the largest New Year’s Eve display in the state’s history. 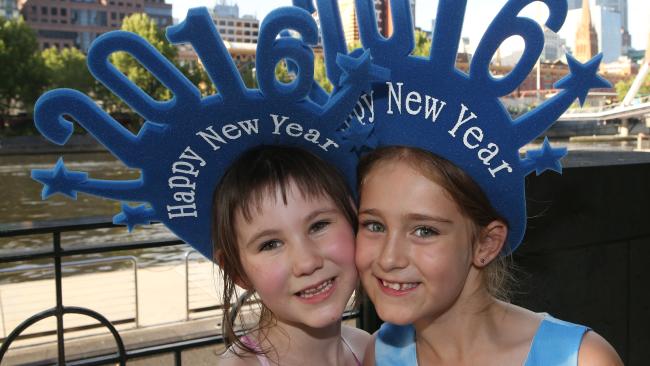 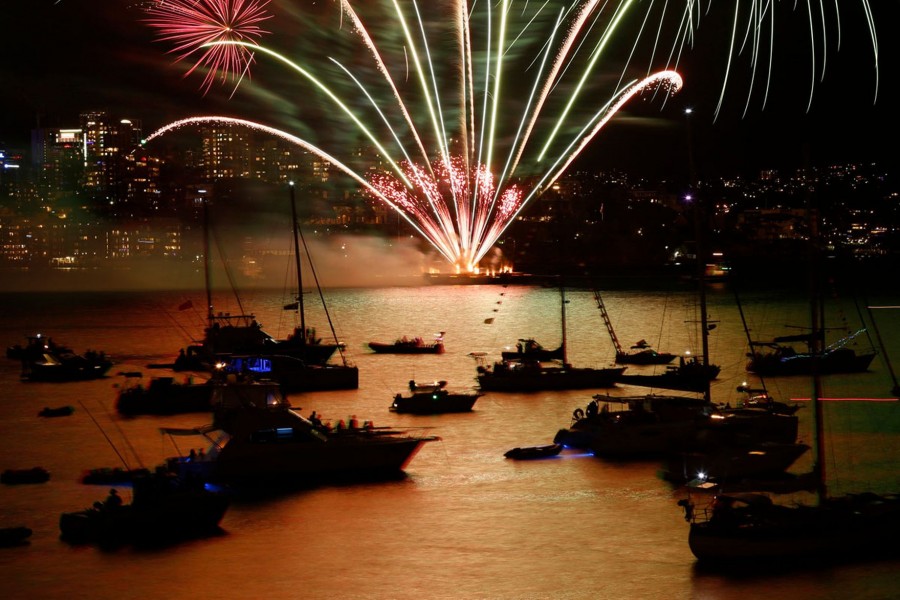