The Islamic holy fasting month of Ramadan has begun on Thursday for Muslims around the world.

Because Muslims follow a lunar calendar, different moon-sighting methodology can lead to different countries declaring the start of Ramadan a day or two apart. This year, religious authorities in Saudi Arabia, Egypt, Iran, Indonesia and most other parts of the world announced based on their sightings of the moon that daily fasting would begin Thursday.

However, in India, Pakistan and Bangladesh – all three countries with large Muslim populations – religious authorities announced that fasting would begin on Friday.

During the month of Ramadan, Muslims refrain from eating, drinking, smoking, or having sex from sunrise to sunset during the month. They also try to avoid evil thoughts and deeds.

Fasting is compulsory for every able-bodied Muslim who is not elderly, sick, pregnant or travelling.

More than 1.5 billion Muslims around the world will mark the month. Ramadan is sacred to Muslims because tradition says the Quran was revealed to the Prophet Mohammed during that month.

It is followed by the Eid al-Fitr festival.

Fasters are encouraged to maintain two meals during Ramadan: Sohour and Iftar. While Iftar, the breaking-fast meal at sunset, is considered very important, Sohour is even more so.

It is consumed before dawn, and seen as vital to keeping the body strong throughout the fasting hours.

In addition to perceived health benefits, the fast is meant to humble oneself, provide spirituality, exercise self-discipline and avoid bad behavior.

It serves as a reminder of the suffering of the needy, and a chance for Muslims to become more pious.

Nightly prayers, or Taraweeh, are unique to Ramadan, performed after the five daily prayers. Reciting the Quran is another common ritual during Ramadan, when Muslims believe God revealed His book to Prophet Muhammad.

Umrah, the smaller pilgrimage to Islam’s holiest city Makkah, is encouraged during Ramadan. 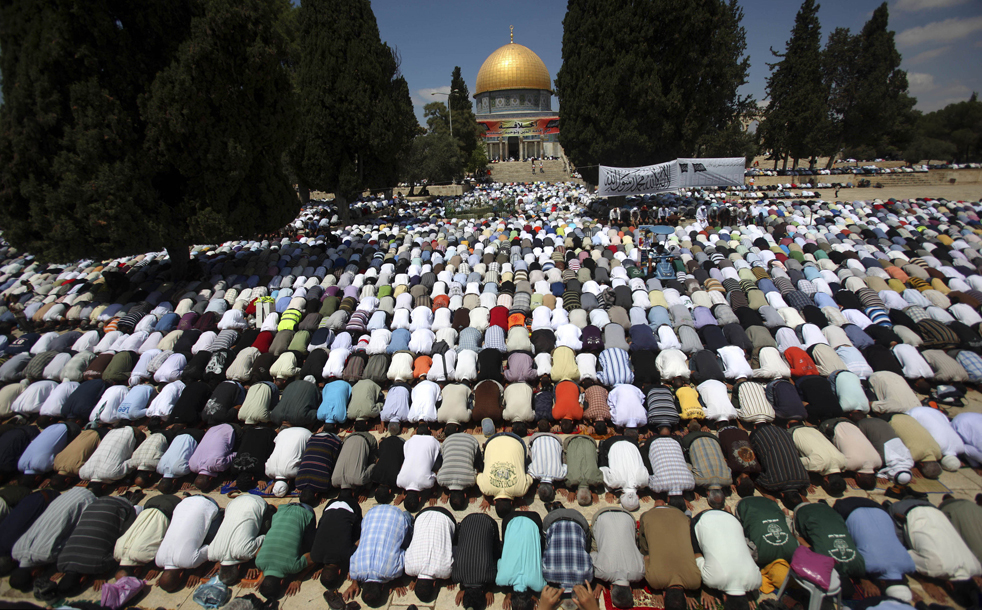