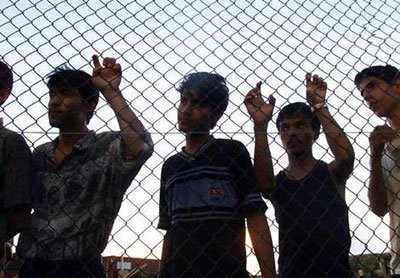 The department says an estimated 62,100 people were unaccounted for in Australia during 2014, which is roughly 1.2 per cent of the 5.5 million people who enter the country each year on temporary visas.

The national president of the Migration Institute of Australia, Angela Chan, said the government needed more resources to track these people down, but also needed to be “realistic” about what to do with visa overstayers.

“Traditionally the highest number of the unlawfuls have come from the USA and the UK. A lot of them think they are Australian, and they get a bit confused,” she said.

The figures come as newly appointed Immigration Minister Peter Dutton has vowed to crack down on illegal bikie gang members.

One day after Mr Dutton was sworn in as the Immigration Minister this month he took to Facebook to list his priorities as the incoming minister.

“If you’re an illegal bikie, if you’re part of an outlaw motorcycle gang involved in organised criminal activity, you’ve just made it to the top of my list,” wrote Mr Dutton on his fan page.

“Coming to Australia is a privilege and if you’re coming here harming Australians, ripping off our welfare system, committing serious crimes, then you’re at the top of my list for deporting.”

An Immigration spokesman said people found with expired visas could be detained and removed if located by the department in the community. Unlawful non-citizens also face a three year re-entry ban, he said.

“Overstaying is addressed by resolving the person’s immigration status through their voluntary or involuntary departure, or through the grant of a substantive visa, it they are eligible,” a spokesman said.

“The reason for the raw increase is it is partially a function of the fact more people than ever are coming to Australia year on year, so it stands to reason that if the very small percentage of non-compliance stays the same, there will be more overstayers in terms of raw numbers.” 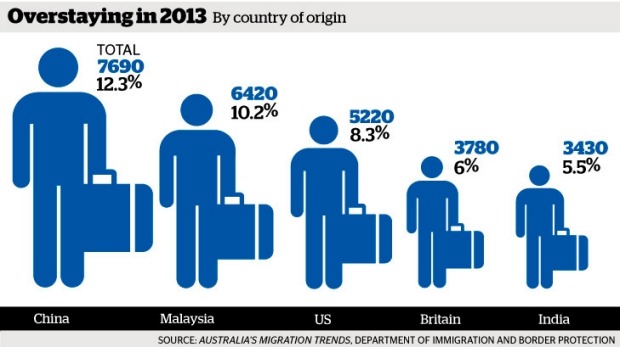