The aim of this annual international halal event was to promote the world’s Halal market, products & services. On the sideline of Exhibition of Halal Products & Services, there was an inaugural event of Malaysia International Islamic Lifestyle Exhibition (MILE), to promote Islamic lifestyle sector. The MILE’s objective was to promote clusters such as modest fashion, Islamic education & literature, Islamic arts, IT & multimedia, jewellery and ornaments as well as social & community development.

Around 2,200 business meetings were taken place in this 4-day busy event between various organisers and industry players of Halal international events. There were 550 exhibitors from over 30 countries participated in the event particularly from ASEAN nations, Turkey, Brazil, South Africa, Palestine, Iran, the United Arab Emirates, China, Japan, Taiwan, South Korea and Australia.

Among many events taken place, the organisers of 5 Countries agreed to work together to promote halal industry
internationally in an historic media event. The top international organisers – Man Petchvanichsakul from Thailand, Agi Widiawan Kadar from Indonesia, David Yoo from Korea, Nazreen Salie from South Africa and Syed Atiq ul Hassan from Australia – signed MoUs to work together promoting International halal events in their respective countries and each other’s countries. In a historic press briefing event held at VIP Lounge in MIHAS 2017, they announced to further expand their Halal Exhibitions and Conferences in order to promote halal healthy life style and halal products and services internationally. 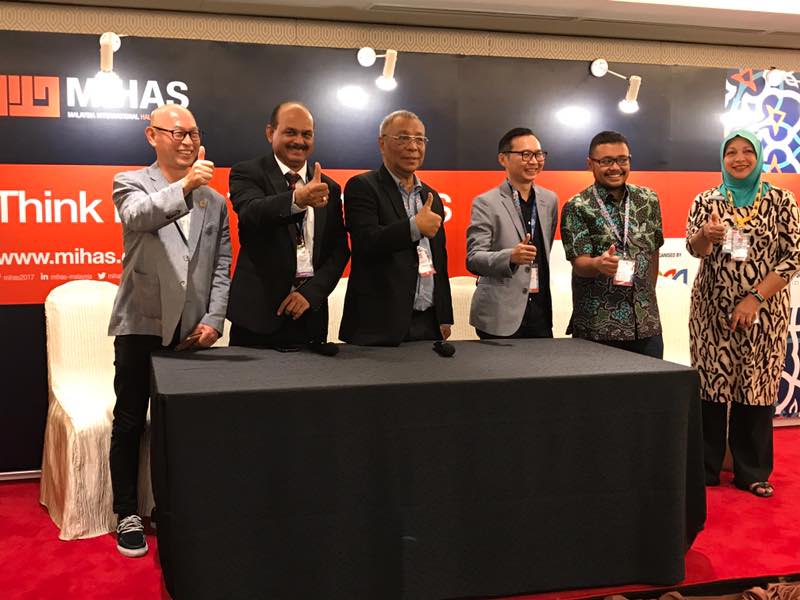 Around 25,000 visitors participated in the event in the 4 days including trade visitors from local and international organisations, associations, foreign delegations and others.

In 2016, MIHAS generated total sales of RM1.14 billion from both its exhibition and INSP. According to MATRADE’s Chief Executive Officer Dr. Mohd Shahreen Zainooreen Madros MIHAS is a key annual event for Malaysia as it has the capability to strengthen the country’s position as a global hub for Islamic economy. “Malaysia’s conducive Islamic economic landscape is exemplary to many nations, resulted in MIHAS’ strong positioning around the world. MIHAS is also testament to the Malaysian Government’s effort to promote the growth of the Halal industry, not only for Malaysia but for the world too,” Dr Mohd Shahreen said.