Sydney (Tribune International, Press Release by organiser, 6 Dec 2021); The 6th annual Pakistani event, “Meri Pehchan Pakistan (MPP)” was held in Sydney on Saturday 4th of December 2021. It was another remarkable event despite 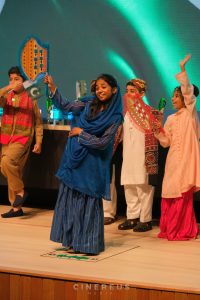 being rescheduled due to the earlier COVID pandemic lockdown. The event was chaired by the Consul General of Pakistan in Sydney. Many Pakistani community representatives, seniors, families, and children attended the event.

This year Meri Pehchan Pakistan first time introduced to acknowledge the hard work and amazing achievements of Pakistani children and youth in various fields. The awards were hosted by the Co-Founder of the Pakistani Youth Talent Award Ms. Daniya Syed, who was the winner of several awards in science & technology and community work. Awards were presented to the winner of 9 different categories including Academics, Sports, Community Services, Performing Arts, Fine Arts & Religious Studies while medallions were presented to 28 finalists of the said categories.

MPP received over 100 nominations for these awards from the Pakistani community. The awards were sponsored by Pakistani businesses. The organiser acknowledged the contribution of the sponsors by presenting their awards.

objectives of the organisation in their brief speeches. Meri Pehchan Pakistan has two primary objectives, first acknowledging the hard work and talent of Youth and Children of the Pakistani community and second is to raising funds for underprivileged people in Pakistan. The funds generated from this event will be donated to Shahid Afridi Foundation this year. 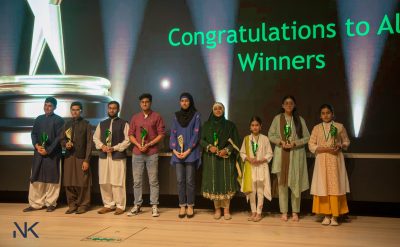 were given to the winners. The event was concluded with a special performance about Sufism (a spiritual movement in Islam emphasizing mysticism and asceticism) presented by young members of the Meri Pehchan Pakistan team aged between 14-16 years on poetry from Allama Muhammad Iqbal’s book Bang-e-Dara.

The event was largely appreciated by the attendees, guests, and the broader Pakistani Community.