Sydney – Australia is all set to brighten up the Chinese New Year with a burst of colour with 90 brightly coloured statues at Dawes Point in Sydney. The enchanting exhibition as been a major attraction for Sydneysiders and visitors on the occasion of Chinese New Year celebrations.

The Terracotta Warrior Lantern exhibit that uses traditional Chinese lantern designs to re-imagine the historic discovery h. The Lanterns of the Terracotta Warriors are in Australia for the first time as part of the annual festivities organised by the City of Sydney.

Lord Mayor Clover Moore said the warriors were a wonderful asset to the annual celebrations. “The City of Sydney is delighted to present this wonderful artwork in Australia for the first time as part of our 2015 Chinese New Year Festival,” Cr Moore said.

“Sydneysiders and visitors will be enchanted by the beauty of the lanterns that will complement the iconic view of our stunning harbour and Opera House.

“I saw the actual Terracotta Warriors last year and they are probably the most exciting archaeological remains of the past that I have even seen and one of the most significant ever discovered.” 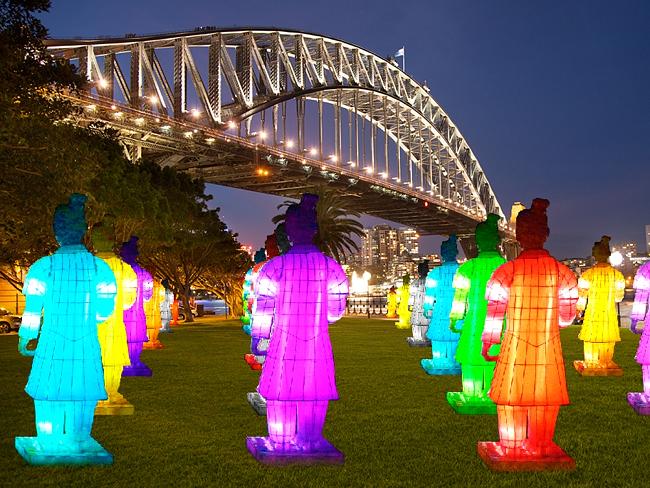 The lanterns are inspired by the famous ‘terracotta army’ discovered when the tomb of the 3rd Century BC Chinese emperor Qin Shi Huang was found in Xi’an province in 1974. This army, housed in an underground vault of 12,000 sq.m, comprised 8,000 warriors arranged in battle formation, ready to defend the emperor’s immortal soul.

The artist of the lantern exhibition chose to humanise the terracotta army, in keeping with the traditions of Chinese lantern design. These brightly coloured, greater than life size figures are accurate representations of the terracotta soldiers, but this ‘army’ includes women and children arranged in family groups.

In February 2015 the Lanterns of Terracotta Warriors traveled to Sydney, Australia for a 10-day exhibition as part of the Chinese New Year celebrations.

“Chinese New Year in Sydney started about 16 or 17 years ago and it just continues to grow and when I became mayor I saw how important it could be and I wanted to put a lot more focus on it. It has now become a cultural event and … it has had such strong support.”

This year’s Chinese New Year Twilight Parade on February 22 will feature more than 3000 national and international performers, building projections and 35 floats celebrating the Year of the Sheep, with a variety of depictions from children’s nursery rhymes to the backbone of Australia’s farming industry.

Cr Moore said a giant 5m-tall merino, shepherds, shearers, Bo Peeps and knitting grannies as well as floats from Chinese, Korean, Vietnamese and Thai communities will make this year’s parade one of the biggest and most impressive on record. “The twilight parade is an excellent way we celebrate Sydney’s cultural diversity, with local and international communities that observe the Lunar New Year taking part,” she said.

“Always the most popular item on the Chinese New Year festival calendar, we expect huge crowds to line the city streets to welcome in the New Year.”

Starting at Town Hall, performers and floats will make their way down George St and through Chinatown before finishing at Cockle Bay with a fireworks display to scare off the previous year’s bad luck and mark the beginning of the Year of the Sheep. 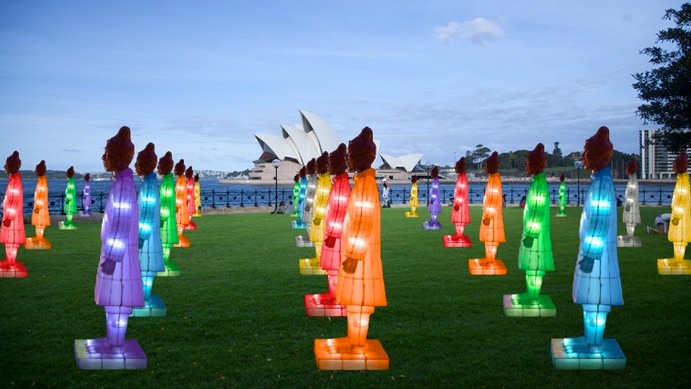 MORE THAN $14 MILLION TO SUPPORT NSW VETERANS AND SENIORS 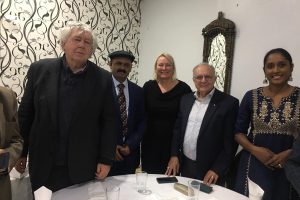