On the dispute of Kashmir, I would like to bring the attention of Indians and the International community. The conflict of Kashmir has been persistent since Pakistan and India were created in 1947 by the British ruler in many Indian states. Before the partition, Kashmir was an independent state ruled by Maharaja Harijeet Singh. The majority population of Kashmir has always been Muslims, and they were living with people of the other background peacefully. 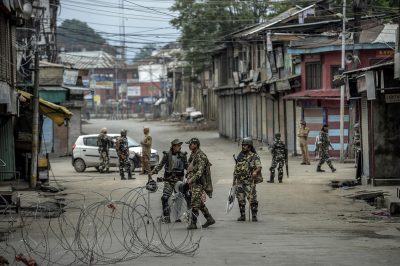 It is to remember that creation of Pakistan and India was based on the majority of Muslims and Hindus in different British ruled states. In the democratically held election in 1946, those states where Muslims were in the majority came into Pakistan and where Hindus were in the majority went to India. Still, Kashmir was ruled independently by Maharaja Harijeet Singh, and it remained an independent state. Harijeet Singh signed an agreement with India to have a confederation with India, which was opposed by the people of Kashmir, which is still today. The people of Kashmir launched a movement of independent Kashmir.  The freedom fighters came from Pashtoon tribes to support Kashmir in 1947. Harijeet Singh asked India to help him. India sent troops to eradicate the movement. Pakistan reacted and sent its forces, and then the war between Pakistan and India broke out. In few days, the Pakistani army captured part of Kashmir as a result of a few days’ battle;  and if it was continued Pakistan army controlled the entire Jammu and Kashmir because Kashmiris fully supported them.

It is imperative to realize that Indian Prime Minister Jawal Lal Nehru went to United Nations to stop the war and resolve the dispute through dialogue. The UNO passed resolution 39 on January 20th, 1948, to assist a peaceful settlement of Kashmir and asked for a ceasefire, both India and Pakistan agreed. Then, on April 21st, 1948 UN Security Council passed resolution 47 to hold a plebiscite in Jammu & Kashmir and let the matter decide by Jammu & Kashmir’s people what they want whether they want to live with Pakistan, India, or as an independent state. India and Pakistan both agreed.

Since then, India did not move forward to hold the plebiscite; instead, it refused by presenting pretext that India’s situation has been changed. Since then, thousands of Kashmiris have sacrificed their lives for their freedom, which is still going on at a rising pace.

The Prime Minister of India, Ms. Indra Ghandhi, and Prime of Pakistan Zulfiqar Ali Bhutto signed the Simla agreement in July 1972. Both agreed that the Kashmir dispute would be resolved through bilateral talks when a UNO resolution gave Kashmir’s conflict a solution in 1948. Hence, it was a nonsense accord which never executed by either party. Anyway, Pakistan was still agreed to resolve the matter through bilateral talks, but India never proceeded.

In the last 70 years, India never succeeded in its tactics; instead, the freedom movement of Kashmir got more strengthen. Indians, please put your emotions aside; Pakistan will not leave the matter in India’s hand to decide whatever suits India as Pakistan understands the Kashmir is as crucial as the main artery of Pakistan.

Therefore, please look at the history of the conflict and sequence of events in the last 70 years and deliver justice to Kashmir. You cannot keep land or people by force.

Other than Kashmir’s freedom movement, there are around 20 freedom movements that exist in India. If India wants integrity in the country, it has to provide justice and fair dealing with all India’s people. It was a secular state, but since the BJP & RSS came into power under Narinder Modi’s leadership, India has promoted its Hindu county image that has created fear and terror among the minorities, particularly the largest Muslim minority. Therefore, the Indian government has to change its dealing with minority and their rights, especially Kashmiris’s freedom.