The internet – the most defining technological accomplishment of the past half 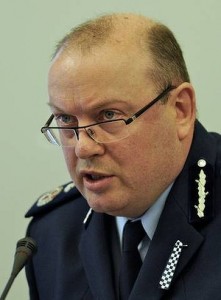 A powerful force for good – online information flow has changed the world, spreading knowledge, breaking down barriers and empowering us all. But it is that same unregulated nature of the internet that empowers and facilitates the forces of evil.

We have seen this for years with the sickening exploitation of children – graphic images, made freely available to the most depraved of minds. We have seen the internet enable underground supermarkets for drugs and guns.

And now, of course, we are seeing first hand across the country how the internet can be hijacked by extremist groups, intent on exporting their own brand of terror onto Australian streets.

ISIS more than any terrorist movement in the past is using the internet and social media as a way of attracting our young people to their numbers. And that is a concern that requires every parent to take heed and be alive to the dangers.

Terrorism in all its forms is truly horrifying.  I can say this because I have experienced it first hand, a number of times.

I was the police forward commander investigating the Bali terror bombings in 2002 and saw the utter devastation that needless massacre caused.

I saw it too as the head of our national police agency’s counter terrorism command and now of course I see it in my current role at Victoria Police.

So it is in this context, that I, along with all Victorians, witness with absolute disgust the regular accounts of ISIS atrocities overseas.

In that same context, I see that many people, until recently, have regarded terrorism as an overseas problem.  Victoria Police and our Federal counterparts have certainly been working hard to ensure this is the case.

But the ISIS use of the internet and social media as a marketing tool continues to make this task challenging.

That marketing is targeting susceptible youth and acts as a ‘siren call’ to the young people who may be vulnerable in our community.

As incredible as it may seem, some young people are attracted to this criminal terror movement which seeks to wind back human evolution over a thousand years to an age of barbarism.

This is not a movement which is professing freedom or better conditions for people. There is no underpinning, progressive ideology or vision for its followers. It simply wants to wind back the clock in the worst ways possible.

Far from being seen as attractive, this should be regarded as abhorrent to people of all nationality and religion.  In my view, ISIS is not a religious ideology, it is a criminal movement that seeks to mask itself behind a religious shroud.  These criminals are in fact aiming to divide society along religious lines.

In Melbourne two weeks ago, we heard Sheik Abdul Aziz speak of the ISIS internet influence, describing it as ‘Sheik Google’ such is its ability to shape young minds, independent of any other role models or responsible guidance they receive.  This must be a great concern to all Victorians and something we must all seek to address.

Accordingly, I ask and encourage all parents to keep the engagement and dialogue going with our children, particularly with our teenagers even when they challenge us the most.

Educate them on the role the internet plays in their lives and what positives and dangers it presents.  Gain an understanding as best you are able of who they are engaging with online and what their online influences are.

It is not easy to recognise or identify when a noticeable change in a teenager’s behaviour or mood swings are just part of growing up, or the result of something far more sinister.

It’s at times like these our children most need our guidance and courage to observe and address these influences.  Being a parent isn’t easy, but if you suspect something more is going on, don’t be silent. Intervene, ask questions, be an active observer and help make them and your community a little safer.