The lasting success of Dubai is beyond question or doubt. This city is no longer an experience or a project but rather a self-sufficient, civil entity and anyone can have his own opinion about it.

Those who admire the city attributed its success to several reasons but they were wrong. Some people said Dubai succeeded because it valued the importance of Arab and foreign investors and opened doors for them to do the job and put the city on the map. It’s true that foreign investment is a key player in the growth of Dubai but this isn’t the reason behind its ultimate success as such investments are available from the shores of Beirut to Morocco, and yet, these places didn’t create anything as seen in Dubai.

The truth is that most of Dubai’s mega projects were planned by Dubai government institutions. These projects include the first Palm Island, the giant mall by Burj Khalifa, as well as the smaller projects in Dubai such as the residential waterfront Marina, the maritime city, the shipping village, the airport, the two major airlines and the Jebel Ali industrial area. Foreign investors’ role in the making of the city was only to come in and take advantage of lucrative opportunities.

There are others who attributed Dubai’s success to the local private sector. They believe the government only provided electricity and water services. They forgot that the government owns most of the big companies in the city, and that the public and private sectors are actually joint, under the patronage of Dubai Ruler Sheikh Mohammed bin Rashid. 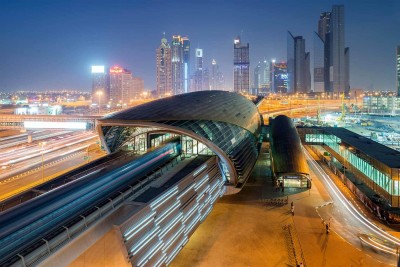 We must also not forget that the UAE administrative system is known for its flexibility and decentralization, which has allowed each emirate its own individual style in term of decision-making. The federal government continued to provide support for most major services to all the emirates, without interfering in the management.

Ultimately, this is why it is difficult to compare the Dubai experience or reproduce it as is in other countries. Dubai became the city of golden opportunities to those who seek success and all those who have great ideas and ambitions; regardless of their nationality because Dubai’s governmental responsibilities are administered independently. It became known that Dubai is a fertile soil that can highly reward you, with its flexible, encouraging environment.

While trying to decrypt Dubai’s secret, one person told me with great confidence: “The secret behind Dubai’s success is in its foreign management and the willingness of the government to commission non-citizens to lead the huge projects in the emirate.”

This is not true. In Dubai, there is an intense fervor to employ UAE nationals, but at the same time, it keeps the door open to creative and interested candidates from all nationalities. 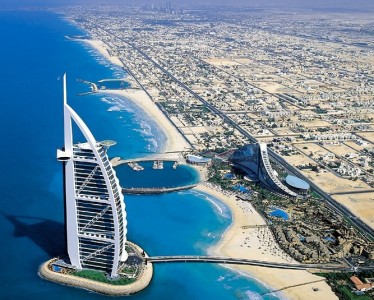 There are some who point out to certain sectors they said Dubai did not succeed in. They gave the example of the American University, which is successful in Sharjah, Beirut and Cairo, but not in Dubai.

My answer to those people is: First, this institution is not managed by Dubai citizens. Second, we cannot compare all corners of this expansive city in the same way. There are other educational institutions that are successful, and this is why many families moved to Dubai; to take advantage of their services despite the high cost of living.

The secret behind the success of Dubai is in its leadership. Dubai Ruler Sheikh Mohammed knows what he wants, and it is impossible for these projects to happen without his consent and personal supervision. It is obvious that he is giving men and women in Dubai full powers, but, at the same time, he holds them accountable for the outcome and the promises they make.

This transparency in management is what is missing in other Arab countries where authorities and responsibilities are misused and where there is no accountability. This is how promises fade away and failures mount.

Sheikh Mohammed has personally taken a lot of risk for sure; he has led Dubai in difficult circumstances within this dangerous region. Dubai is fortunate to have overcome the economic crisis, proving its stable core. During that dreadful time, newspapers around the world rushed to say that Dubai had collapsed. One of the writers in the Guardian wrote in 2009 that Dubai would slide back into the sand, just like the desert swept over the Egyptian kingdom of Ramses II.

However, the city stood in the face of the storm and survived. Over the past 15 years, the emirate’s experience defeated the excuses of the governments, which justified their failures by saying foreign conspiracies were hindering their ambitions, while others used poverty as a defense. It is worth mentioning that Dubai’s oil revenues account for only 4 percent of its expenses, much lower than Yemen’s rates.

Dubai has much to be appreciated, not because of its skyscrapers, spacious streets, or rewarding companies, but for its administrative model that can be reproduced in modern cities that suffer from mismanagement.

This article was first published in Asharq al-Awsat.

The author, Abdulrahman al-Rashed, is the former General Manager of Al Arabiya News Channel. A veteran and internationally acclaimed journalist, he is also the former editor-in-chief of the London-based leading Arab daily Asharq al-Awsat.