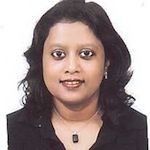 Organizations that had been functioning as conduits to channel funds, enable money launder, carry out illicit as well as legal international business and help procure arms are now the new saviors of the Tamils holding foreign passports and domiciled abroad. One such organization banned by the Sri Lankan Government under UN Security Council Resolution 1373 is proposing for India to assist Sri Lanka to improve the lives of Tamils. As far as Sri Lanka is concerned the most unsuited and unqualified nation to assist Sri Lanka is none other than India by virtue of clandestinely training jobless Sri Lankan Tamil youth in India, arming and financially supporting them and sending them back to Sri Lanka with orders to destabalize us. This single act removes India of claiming to be a friend of Sri Lanka as no friend would plan, plot, and pick youth, take them to various camps throughout India, train them and then order them to carry out guerilla warfare against the Sri Lankan state. India is responsible for 3 decades of conflict in Sri Lanka and India must apologize. We must wonder what new deals a banned terrorist front and the country responsible for the pain Sri Lanka suffered together now plans!

Let us go through how India has wronged a small neighbor that has done nothing to India.

·         India created Tamil militancy – Mr. Dixit, in his memoirs, had said that arming Sri Lankan Tamil youths was one of the two major policy blunders of Prime Minister Indira Gandhi. “Intelligence agencies (RAW) said….these are boys who were trained by us from 1977” (Dixit, Assignment Colombo) – proves LTTE did not emerge because of 1983 riots and questions whether India had a role to play in 1983 to enable LTTE to come out into the open with a reason to be armed!

·         Shri M. Karunanidhi, Chief Minister of Tamil Nadu (affidavit no. 187/94) :“It is a well known fact that the LTTE and other Sri Lankan Militants camps were established in India ever since 1982 in tune with the policy of the Central Government at that time. The Tamil militants were given military training and allowed to have their own training camps in India.”… “I state that the Congress Governments under the Prime Ministership of late Smt. Indira Gandhi and late Thiru Rajiv Gandhi encouraged, trained and supported the LTTE and other Tamil Militant groups.”

·         Evacuating Prabakaran in a helicopter to India

·         Violating Sri Lanka’s air space, giving Sri Lanka’s Ambasador in Delhi 30minutes notice before dropping 25 tons of food in Jaffna on 4 June 1987 at 4p.m. It was the first case of violating airspace after the 1971 Pak war. The flight was escorted by 5 Mirage 2000s armed 2ith 2 matra magic AAMs and 3 drop tanks. 35 national/international journalists were on these 5 planes. The Sri Lankan Ambassador was told that any opposition by Sri Lanka ‘would be met with force’ (this constitutes a Crime of Aggression on a sovereign country)

India is responsible for

·         Over 100,000 deaths of both civilians, politicians, military personnel including militants India helped train

·      3 decades of war wherein the low caste/class Tamils were guinea pigs of the LTTE, the Tamil politicians, the UN/NGOs and international community who kept them as buffer to advance their own agendas

India is responsible for so much for and the list is too long inspite of that the people of Sri Lanka still offer friendship knowing that while the general public have nothing to do with Indian foreign policy, the Indian Governments (whichever is in power) is only interested in keeping Sri Lanka under its rule of thumb and dictating to Sri Lanka on how we should function. That is not how to treat a fellow neighbor and sovereign country but India knows no other way.

India must understand why Sri Lankans are hurt and angry with India for creating a menace that has lasted 30 years and led to so much of losses – lives, property, leaving people eternally injured and maimed, traumatized and mentally unstable – India has caused irreparable damage and India does not seem to mind continuing its conniving so long as India realizes its own policy agendas only.

Such a nation cannot be allowed to play a role under any government of Sri Lanka as functioning as an independent and unbiased mediator. India is the cause of our suffering and will continue to be.