Canberra (PM Office Release, 15 May 2022); Up to 1.3 million empty nesters and pensioners will be able to access incentives to downsize their house, under a re-elected Morrison Government plan to help more families get a home.

Australians over the age of 55 will now be able to downsize their property and invest up to $300,000, per person, in their superannuation 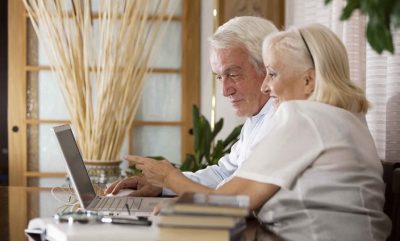 fund outside of the existing contribution caps, from the proceeds of a sale.

Pensioners who downsize their home will also be given greater flexibility by exempting the proceeds of the sale of the property from the assets test for longer.

This change means pensioners will now have two years to structure their assets following the sale of their home – without impacting their pension.

“We are now giving Australians more choice to decide how they want to live the next stage of their life by removing financial barriers for people wanting to downsize their home,” the Prime Minister said.

“By removing barriers for Australians downsizing to residences that better suit their needs and lifestyle, we are helping to free up larger homes for younger families.

“Buying your first home is never easy and that’s why we have been focused on helping more than 300,000 people realise the great Australian dream of owning a home.

“I want to help more and more young families right across Australia to move into their own home and support their aspiration.”

Housing Minister Michael Sukkar said this announcement would give older Australians greater flexibility in choosing to downsize their home and increase housing stock for younger families looking for larger homes.

“These changes will directly help in unlocking the supply of larger homes for those younger families who are hoping to expand, and at the same time incentivise older Australians to downsize by putting more into their super,” Minister Sukkar said.

“By releasing more supply of larger houses, we are providing more choice for families.”

Social Services Minister Anne Ruston said the Morrison Government was backing in older Australians to have more choice and control over how they enjoy their retirement.

“We know that many older Australians are interested in downsizing because they would prefer a smaller property that requires less upkeep and is more suitable to their needs as they age,”  Minister Ruston said.

“This announcement gives them confidence to make that decision and builds on the additional support a re-elected Morrison Government will provide seniors including freezing the deeming rate so Age Pensioner can keep more of the money they earn from investments and expanding the eligibility for the Senior’s Health Care Card to more self-funded retirees.”

Minister for Superannuation Jane Hume said the Morrison Government will always back more choice for Australians when it comes to super.

“This is another in a line of reforms to make super more flexible when you need it most,” Minister Hume said.

“It’s all part of the Morrison Government’s commitment to making super work harder for you.”

Changes to allow Australians over the age of 55 to sell and downsize their home and contribute $300,000 into their superannuation fund will begin on 1 July 2022.

Currently this benefit is available to Australians over the age of 65 and making this change will see up to 1.3 million households become eligible to access it.

A re-elected Morrison Government’s plan to double the time pensioners have to structure their assets following a sale of their family home, without impacting their pension, will begin on 1 January 2023.