Canberra (Tribune International, PM Office Release, 21 July 2021); Australia will host the Olympics for the third time and Paralympics for the second time after Brisbane and South East Queensland tonight secured the 2032 Games.

Prime Minister Scott Morrison said securing the Games was a coup for the nation. 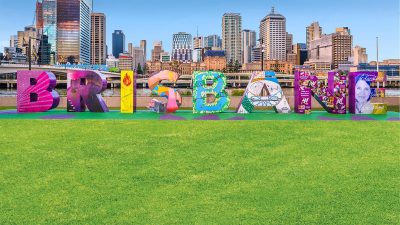 “It’s a historic day not just for Brisbane and Queensland, but for the entire country,” the Prime Minister said.

“Only global cities can secure the Olympic Games – so this is fitting recognition for Brisbane’s standing across our region and the world.

“It also marks an important leap forward for Australia as we look toward major events that lock in economic growth and social benefits that will echo for years to come.

“We know the impact on Sydney more than two decades ago was transformative. We can now expect a repeat for Brisbane and communities across Queensland.

“It’s a proud day for Queenslanders and Australians everywhere.”

Minister Richard Colbeck said securing the biggest sporting event in the world offered a tantalising goal to any young Australian who dared to dream big.

“If you think of the young sports fans sitting at home today who aspire to be an Olympian – they now have something tangible to aim for – a chance to compete on home soil in just over a decade.

“It’s a huge opportunity. We saw it in 2000 when Cathy Freeman and so many others performed so brilliantly and inspired a new generation of sports stars.”

Minister Colbeck said the Morrison Government had backed the bid every step of the way and preparations for the event would now trigger considerable growth and investment.

“We will see Brisbane and Queensland deliver an Olympic and Paralympic Games which are affordable, beneficial and sustainable for Queensland and Australia,” Minister Colbeck said.

“In the coming years investment in infrastructure will continue to ensure transport and venues are not just fit for the purpose of the Games but support future growth in the region and remain shining examples of Australia’s success in staging some of the most important global events.

“Hosting the 2032 Games sets us working towards a common purpose, from those in the heart of the action in Brisbane, to people across South East Queensland and beyond.

“It will reinforce unity, health and wellbeing and celebrate Australia’s enduring love of sport.”

KPMG has estimated economic and social benefits at $8.1 billion for Queensland and $17.6 billion for Australia.

Ted O’Brien, who has served as the Prime Minister’s representative for the Queensland bid, said hosting the Olympic and Paralympic Games will see “a decade-long runway paved in green and gold all the way to 2032”.

“Hosting the 2032 Olympics will not only inject billions into the economy, it will also create around 120,000 new jobs, including 90,000 jobs for Queenslanders,” Mr O’Brien said.

“Local companies and businesses right across Queensland should take the opportunities which will come over the next decade to contribute to the Olympic and Paralympic Games.

“For Queenslanders, this is our moment and it’s now up to us to make the most of it.

“We’ve just won the right to host the biggest show on earth right here on home soil, but this is far larger than two weeks of sport,” said Mr O’Brien. “It’s about two decades of transformation that only an Olympic and Paralympic Games can unleash – a decade in the lead up to the Games, and a decade beyond.”

“As the Games approach, Queensland will be well-positioned to host training camps and Olympic teams as they arrive and acclimatise prior to the start of competition and in the years before the Games.

“Construction, services, retail and hospitality will all be winners, and then there are the social benefits from health and wellbeing, social inclusion and improved accessibility for people with a disability.”

Minister Colbeck said the Olympics and Paralympics will be the crowning achievement in Australian sport, but well before the Olympic torch is lit there are other top tier events coming to Australia.

“From next year, we will see many of the world’s best competing right here in Australia in a range of sports, including, potentially, 4 of the top 5 largest sporting competitions in the world,” he said.