Australia’s Guy Sebastian has finished an impressive fifth at the Eurovision Song Contest behind the winner, Mans Zelmerlow from Sweden

Many were baffled as to why Australia had been given a wildcard entry to a European song contest, but Guy Sebastian graced the Eurovision 2015 stage to take home a respectable fifth place.

The evening’s winner was favourite Måns Zelmerlöw of Sweden, who took first place at the 60th anniversary Eurovision song contest at the Stadthalle arena in Vienna on Saturday night (Sunday morning AEST) ahead of Russia and Italy.

“I just want to say we are all heroes, no matter who we are, who we love and what we believe in,” Zelmerlow, 28, said on stage.

Eschewing the usual tacky costumes and camp performances that have become a staple of the contest, Sebastian wore a smart blue velvet jacket and hat.

Prior to the evening he said there would be “no flying kangaroos” and in keeping with his promise instead showed off his dance moves alongside backing singers in an upbeat and chic performance.

Australia, which entered the competition with an unprecedented “wild card” from the event organisers, the European Broadcasting Union, took a dose of disco pop to Europe’s iconic kitschfest and came fifth.

It’s not a bad result when you consider Australia has no European neighbours on whose voting “bloc” we can depend, like many other competitors in Eurovision.

y the time the curtain came down, the top position on the leaderboard with 365 points was Sweden’s Mans Zelmerlow, followed by Russia’s Polina Gagarina (303 points), Italy’s popera trio Il Volo (292 points) and Belgium’s Loic Nottet (217 points). All had dominated pre-show chatter in Vienna.

Australia’s Sebastian came fifth, with 196 points, and from a weak starting position in the lineup: 13th of 27 songs performed in the final. Voting does not open until after the last song, so later berths are considered better. 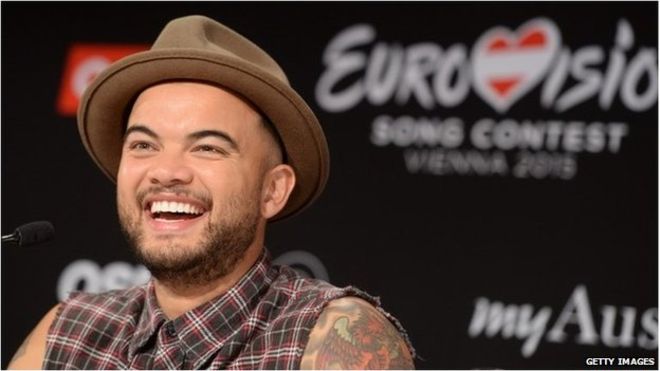 Sebastian’s song, Tonight Again, with its infectious melody and easy-to-learn lyrics, was a favourite with the Eurovision cognoscente, but in the end nothing could stand in Sweden’s way. “We were hoping to not finish last because that would have been a bit embarrassing,” Sebastian said after the show. “Top 10 we thought was going to be amazing. To go top five we’re pumped.”

Despite the buoyant mood in the wake of his win, and as other competitors appeared in the press area backstage after the show, Sebastian was a no-show for his post-show media obligations, declining to speak directly to Australian journalists who had covered the event. Instead he granted a single television interview to the broadcaster SBS.

The ARIA winner admitted that performing on such a huge stage – the global TV audience was 200 million – was nerve-racking.

“I didn’t know what to expect but when I heard the 10,000 people cheer and go off for Australia it was just an amazing feeling.”

Sebastian said up until the eve of the grand final he felt he was “carrying the weight of Australia”.

But then he decided to “breathe it all out and let it all go and just have fun”.

It showed on stage.

The South Australian, who was selected by SBS to represent Australia, busted out some dazzling dance moves alongside his four backing singers.

He was the 12th of 27 entrants to take the stage in the grand final, two spots after Zelmerlow who dominated with a cool song and even cooler on-stage graphics.