Shares of U.S. automakers may finally be able to accelerate.

Investors are closely awaiting next week’s May sales data, expected to come in near record levels. Meeting those forecasts could be enough to lift the sector – among the cheapest in the market – putting the sting of product recalls and tepid recent growth in the rear view mirror.

Estimated sales of 1.6 million new cars and trucks in May would make for a seasonally-adjusted annual rate of 17.4 million vehicles, according to Edmunds.com, a car buying platform.

“This is going to be one of the best months ever,” said David Kudla, chief investment strategist of Mainstay Capital Management in Grand Blanc, Michigan. Kudla sees May sales approaching $40 billion, not far from the $40.3 billion record in August 2014.

Weak auto results contributed to flat overall retail sales in April, but May is expected to represent a rebound. Lower gas prices could boost demand for sports utility vehicles and trucks, which have higher price tags and better margins.

There is also pent-up demand for new vehicles as consumers have been holding on to their cars for longer since the financial crisis. The average age of U.S. cars is now between 10 and 11 years, Kudla said.

The timing of the Memorial Day holiday also helped May sales, according to Jessica Caldwell, senior analyst at Edmunds.com in Santa Monica, California.

“Because there was a full week of May after the holiday weekend, shoppers had plenty of time to take advantage of the deals being widely communicated in dealer and automaker marketing messages,” Caldwell said.

“The strong dollar created a headwind, and GM had some high-profile product recalls, but given current trends, I would expect sales growth to continue.” 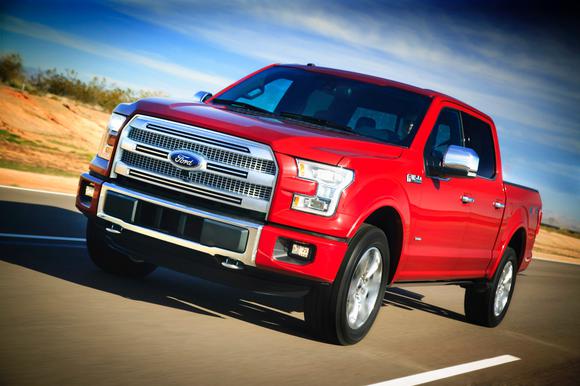 Both GM and Ford appear undervalued at current levels. GM’s forward price-to-earnings ratio is 7.62, well below the S&P 500’s 17.4 ratio, while Ford’s P/E is 8.77, according to Thomson Reuters data.

Both also rank among the cheapest S&P 500 stocks per StarMine’s intrinsic value, which looks at anticipated growth over the next decade. GM is the fourth-cheapest stock in the S&P by this metric, with StarMine estimating that shares should trade at $81.69, more than twice its Thursday closing price of $36.39. StarMine calculates that Ford is the 10th cheapest stock in the S&P, and that it would need to rise 79 percent to meet its intrinsic value.

Despite that, shares of Ford are down 1.7 percent in 2015, underperforming the S&P’s 2.6 percent rise. GM is up 3 percent on the year, thanks largely to a $5 billion stock buyback program announced in March.

While auto stocks could rally if the sales come in as expected, it could spell bad news for the broader market, as any sign of consumer strength could nudge the U.S. Federal Reserve into raising interest rates more quickly that is currently anticipated. Most analysts expect the first rate hike to come later this year, but opinions are split on whether it will occur in September or December.

“Good data would make the Fed raise rates sooner. I believe the stock market would sell off (on strong auto data) because it would shorten that timeline,” said Battle who expects a rate hike in the fall.