HELSINKI (Finland) — Finland is set to embark on a radical overhaul of its education system, scrapping “teaching by subject” and replacing it with “teaching by topic” under a set new measures revealed by Helsinki’s head of youth and adult education Liisa Pohjolainen.

Finland already has one of the most successful schooling systems in the world and is widely regarded as a model for education, but is now planning on scrapping individual subjects in favour of teaching pupils about more general “topics”.

The education department has decided to scrap the eons-old method of “teaching by subject.” Instead, the country will now involve the children to help them learn and question by evolving to “teaching by topic”, shared Liisa Pohjolainen, who is in charge of youth and adult education in Helsinki – the capital city at the forefront of the reform program,

“This is going to be a big change in education in Finland that we’re just beginning.”

Pasi Silander, the city’s development manager, explained: “What we need now is a different kind of education to prepare people for working life.

“Young people use quite advanced computers. In the past the banks had lots of  bank clerks totting up figures but now that has totally changed.

“We therefore have to make the changes in education that are necessary for industry and modern society.”

Subject-specific lessons – an hour of history in the morning, an hour of geography in the afternoon – are already being phased out for 16-year-olds in the city’s upper schools. They are being replaced by what the Finns call “phenomenon” teaching – or teaching by topic. For instance, a teenager studying a vocational course might take “cafeteria services” lessons, which would include elements of maths, languages (to help serve foreign customers), writing skills and communication skills.

More academic pupils would be taught cross-subject topics such as the European Union – which would merge elements of economics, history (of the countries involved), languages and geography.

“This kind of teaching helps children understand why they are learning things. A maths lesson can seem pointless if you don’t understand what you need it for,” Marjo Kyllönen, the capital’s education manager who is leading the reforms, told Finland’s daily newspaper Helsingin Sanomat.

“There are schools that are teaching in the old-fashioned way which was of benefit at the beginning of the 1900s – but [students’] needs are not the same and we need something fit for the 21st century,” she said.

How does Finland plan to implement the method of teaching by topic?

Evidently holistic vocational training and cumulative skill development take up precedence over “lessons.” Those in their late teens are already being engaged in what Finland refers to as “phenomenon teaching” – or teaching by topic. For example, “cafeteria services” lessons will include elements of finance, languages (to help serve foreign customers), writing skills and communication skills.

Students will slowly be taught cross-subject topics which would have varying elements of multiple “subjects.” These elements will vary as per the “topic” or “skill” the student is learning. Apart from the same, students will move away from the traditional sitting and evaluation techniques as well.

Students will sit in smaller groups and work collectively to solve problems, all the while improving upon their communication skills. They won’t be made to sit in rows and asked questions individually to assess their progress. Instead, a group whose collaborative efforts bring out results faster will be promoted.

The education system needs a thorough overhaul, owing to the fact that traditional teaching techniques were based on primitive tools that were quite limited in availability and accessibility. 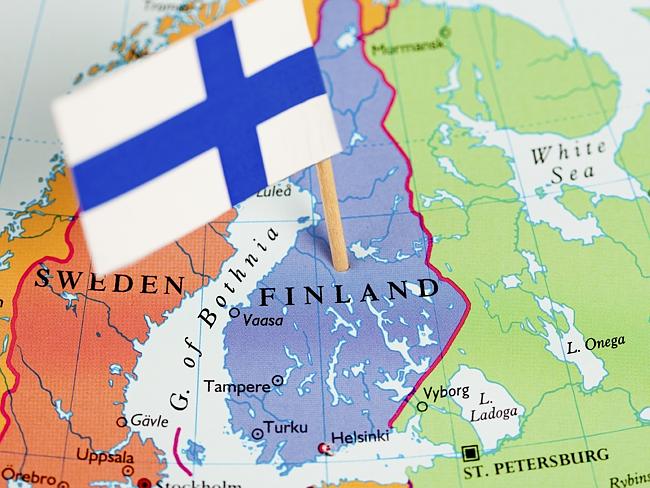 Why does Finland’s education system rank so highly?

“Politicians and education experts from around the world – including the UK – have made pilgrimages to Helsinki in the hope of identifying and replicating the secret of its success,” reports The Independent.

In Finland, children don’t begin formal schooling until the age of seven, and education is free all the way up to university. There are no school inspectors or league table and students are not forced to sit any exams until they are 16. “We prepare children to learn how to learn, not how to take a test,” the Ministry of Education’s Pasi Sahlberg told the Smithsonian Magazine.

Teachers are given more freedom to teach what they like and are not constrained by a strict national curriculum. There are no school uniforms, homework is limited to just 30 minutes – even in secondary school – and students call their teachers by their first names.

It is an English lesson, but there is a map of continental Europe on the whiteboard. The children must combine weather conditions with the different countries displayed on the board. For instance, today it is sunny in Finland and foggy in Denmark. This means the pupils combine the learning of English with geography.

Welcome to Siltamaki primary school in Helsinki – a school with 240 seven- to 12-year-olds – which has embraced Finland’s new learning style. Its principal, Anne-Mari Jaatinen, explains the school’s philosophy: “We want the pupils to learn in a safe, happy, relaxed and inspired atmosphere.”

We come across children playing chess in a corridor and a game being played whereby children rush around the corridors collecting information about different parts of Africa. Ms Jaatinen describes what is going on as “joyful learning”. She wants more collaboration and communication between pupils to allow them to develop their creative thinking skills.