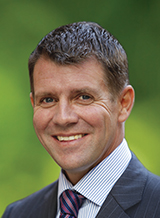 I met with Muslim leaders this week as concerns in the general community grow over the shooting murder of Curtis Cheng as he was leaving work at the Parramatta police headquarters on October 2.

As the police investigation continues into how 15 year old Farhad Jabar obtained the gun he used in his sickening crime, the response from the Muslim leaders was one of universal condemnation and a willingness to work with the Government to address the issue of youth radicalisation.

We will work with community leaders from all faiths and backgrounds to ensure everything is done to prevent the radicalisation of school students and we’re determined to focus on three key elements that I believe can make a difference in this area. We need to work with families, we need to work with our schools and we need to work on various strategies across the whole community.

In June, we announced we would work closely with the community to develop programs to better identify youths at risk of being recruited by terrorist organisations, and my latest meeting with community leaders was a continuation of that process.

There are a number of initiatives we are working on that will be announced in the near future but, importantly, we need to make sure we get it right and it will be done together with the community.

To other news, I would like to thank everyone working and travelling into the Sydney CBD for adapting to the transport changes that have come into effect.

I would ask everyone for their continued vigilance as we prepare for the next milestone approaching on Friday 23 October, when the first block of George Street will close for the construction of the light rail project.

Motorists will no longer be able to drive on George Street between Market and King Streets creating a massive challenge for everyone who uses George Street. We’re urging drivers, taxis, couriers and tradespeople to start planning now to find alternative routes before the change comes into place and I’d encourage everyone who hasn’t done so already to visit the MySydney website: www.mysydney.nsw.gov.au to understand the changes.

This is going to have an impact on the way we use the city in the next four years and beyond, but the result will be worth it when we have a light rail line moving people right across the city.

Finally, I would like to wish the 70,000 students across NSW sitting their HSC exams the very best of luck.

It’s always important to give everything you do your best shot, but make sure you keep some perspective. Life isn’t defined by your exams. It begins after they are finished so when you walk out of that final exam just remember that your best days are yet to come.

COVID-19 RESPONSE AND THE VACCINE STRATEGY

COVID-19 RESTRICTIONS TO EASE AT SCHOOLS IN NSW