A ‘supercell’ storm hits Brisbane during afternoon peak hour on Thursday, flooding roads, flipping planes, cutting power to thousands and injuring dozens. Officials called it the worst storm to hit the city in 30 years. Social media has revealed some striking images from a storm cell that battered Brisbane and South East Queensland. The photos show destruction caused by the storm after it was smashed the city by hailstones the size of golf balls and destructive gusts up to 140km/h. 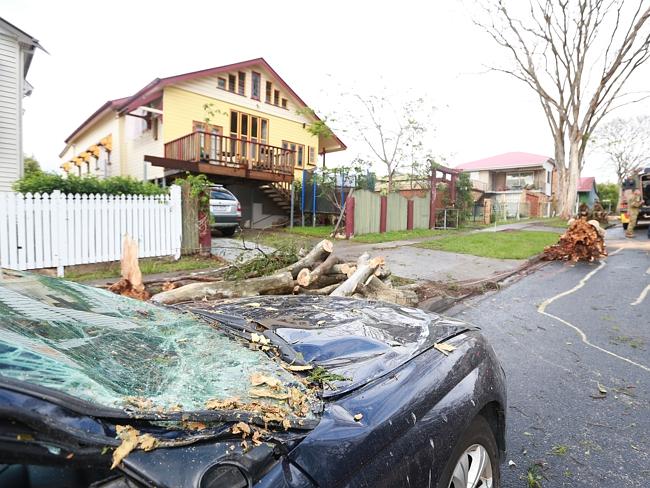 Here’s a selection of photos from social media on #brisbanestorm

#GoldCoast boy were we lucky to miss that storm yesterday. Brisbane is carnage http://t.co/mOD9B6Q7f5 #brisbanestorm pic.twitter.com/qJl9d8Y5FM

Not sure what this used to be but it sure isn't it anymore. #brisbanestorm @9NewsBrisbane #9News pic.twitter.com/d4dBfHxy3w