Sydney (Tribune’s Report): There are hostages standing with their hands up at the 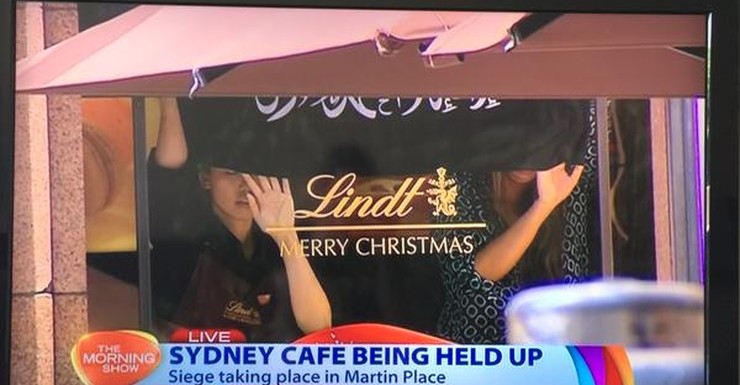 windows in the popular Lindt chocolate shop, which has two or three entrances. There is also a black and white flag being held up in a window. The New South Wales Parliament House and other Government offices are only few minutes’ walk from the scene. TV Channel 7 is also few metres away from the scene. Police officers have guns drawn outside the cafe.

There is no confirmation yet that this is a terrorist attack. Underground train station of Martin Place has also been stopped for the trains and passengers.

Martin Place has been completely shut down during what is a busy time for Christmas shoppers and kids on school holidays.