Sydney (Media Release): The NSW Government is working to ensure that all culturally and linguistically 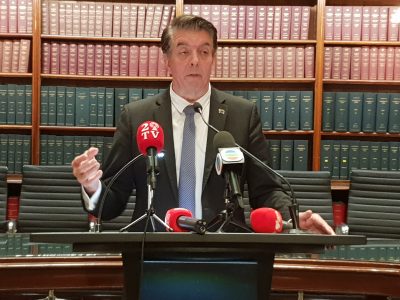 diverseconsumers and traders know their rights and responsibilities in the State’s dynamic marketplace.

Minister for Multiculturalism Ray Williams said multicultural communities represent some of the most vulnerable consumers, as well as some of the hardest working business owners.

“Whether buying or renting a home, making a simple purchase, or running a business, we want to our diverse community understand NSW consumer protection laws that promote trust, and create a fair marketplace,” Mr Williams said.

This year the NSW Government and NSW Fair Trading have introduced reforms that benefit everyone, including cracking down on ticket scalping, extending expiry dates on gift cards to a minimum three years, and making it easier to do business by cutting red tape.

Mr Williams highlighted the work being done to protect consumers from scammers who typically target people from non-English speaking backgrounds.

“We know scammers make a living by preying on the vulnerable which is why it is vital that newly arrived residents and emerging communities have access to information and services to stop scammers in their tracks,” Mr Williams said.