One of the key leaders of the BJP ruling party in India, Subramanian Swamy, in a video interview, said that any country where Muslims are up to 30 percent is in danger. Mr. Swamy said Muslims in India are not an equal citizen 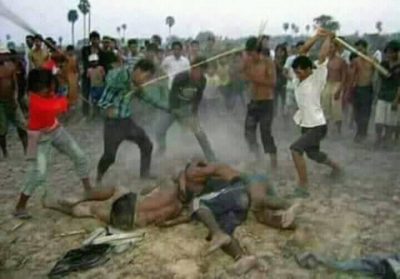 to others. Manipulating Indian constitution article 14, Mr. Swamy said the constitution provided equality to the equals and Muslims are not equal citizens. He said his Bharatiya Jana Party (BJP) had been trying for a long time to restrain Muslims in India and now we are in power and handling them as per our mission.

Pakistani Prime Minister Imran Khan responded to Mr. Sway in a tweet said that the RSS inspired leadership of India’s ruling BJP is speaking about Kashmiris the way Nazis did to Jews.

When the entire world is fighting against COVID-19 and countries are helping each other to clean the world from this deadly pandemic, the Indian BJP government and their racist leaders find this as an opportunity to silently act on cleansing Muslims from India and Kashmir. According to sources, the Indian Government is offering residency to 3000 Israelis in Kashmir. BJP government wants to create a Palestine’s like situation in Kashmir and cleansing of Kashmiri Muslims.

India has violated all international laws and United Nations’ resolution on Kashmir. The leaders of the ruling BJP particularly Indian Prime Minister Modi is spending millions of dollars on building RSS force and BJP youth workers to target and kill Muslims. The BJP leaders including their parliamentarians openly provoke Hindu youth in demonstrations to go and attack Muslims houses and business, kill youth and rape women. During the last February & March, thousands of Muslim houses and shops were looted by Hindu extremist mobs who were backed by RSS leaders and RSS paramilitary force. This RSS force attack Muslim dominated areas, looting Muslims properties, torturing and killing Muslims and raping Muslim women. Not only Muslims, but BJP police on the instructions of the BJP leaders also making cases against liberal politicians, members of civil society, journalists, TV anchors and human activists who are protesting and raising their voices against BJP racists actions.

The individual Indians are making video clips of torturing and killing of Muslims, these horrific clips are viral all over the world. Yet, it is so unfortunate that the world powers and the United Nations except some lip service not taking any serious action against this Indian racist government and its brutal actions against 300 million Muslims in India. Kashmir has been under the lockdown for the last 250 days. International media is banned to visit Kashmir to see the ground realities therefore the world doesn’t know the human conditions in Kashmir.

Despite extreme agitations and demonstrations on the streets in almost every state of India against the changes in citizenship acts in Indian Constitution, the majority ruling BJP parliamentarians managed to change the acts and Modi Government now planning to take barbaric actions to put Muslims into the camps and force them to leave India to neighboring countries particularly in Bangladesh and Pakistan. If this happens the world will face a horrific war between India and Pakistan which may trigger the use of nuclear weapons as both countries have the deadliest nuclear weapons.  Therefore, the world must investigate this chaos India has created now behind the guise of the Coronavirus pandemic۔ (The writer is a Sydney-based journalist and an analyst, his email is shassan@tribune-intl.com ).