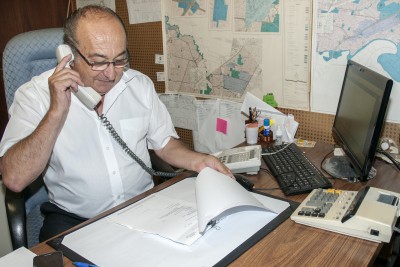 The inaugural Lifetime Business Awards ceremony on Wednesday 25 February will exclusively honour Fairfield City Centre businesses that have stood the test of time, having traded for more than 25 years and up to 50 years – and longer.

Council believes the awards are a first for any Local Government Council in NSW.

“There are some fantastic success stories among our awards recipients,” Mayor of Fairfield City Frank Carbone said. “These are family owned-and-run businesses.

“Among them is perhaps Fairfield’s best known success story, Bing Lee, which started in Fairfield City Centre 58 years ago. Bing Lee has gone on to become an Australia retail giant – and they still have a store in Fairfield.

“Then there is 76-year-old Sam Musolino, who has been making and selling orthopaedic footwear from his store in Ware Street for 48 years.”

Mayor Carbone said Council was proud of the region’s cultural diversity and the awards’ 19 recipients reflected this.

“When you consider that many small businesses fail within their first three years, Council thought it only fitting to honour these 19 stalwarts of Fairfield City Centre. To be in business for half a century or more proves you are definitely doing something right.”

RELIGIOUS LEADERS SHOULD BE ADDED TO AUTHORISED WORKERS LIST

AUSTRALIA MUST RELY ON LOCKDOWNS TO CONTROL DELTA VARIANT