Australian Bureau of Statistics says migration made up more than half the population increase in the year to July 2015, with birthrate dropping

The Bureau of Statistics has revealed that Australia’s population is likely to increase to 24 million on Tuesday, predicted 17 years ago.

The milestone follows record overseas migration, which made up more than half of Australia’s population increase in the year before July 2015, according to the Australian Bureau of Statistics.

“That has slowed down a little bit in the past two or three years.”

There’s also been a small decrease in the number of children being born, with the current fertility rate sitting at 1.8 children for each Australian woman.

Females born in Australia can now expect to live 84.4 years and males 80.3 years. The Bureau of Statistics points out this is one the highest life expectancies in the world. On current trends it’s likely that one in three children born today will live to 100.

Australia’s population increases by one person every one minute and 31 seconds after accounting for births, deaths and international migration.

Mr Howe says Australia’s annual population growth rate is 1.4 per cent, relatively high compared to the rest of the world.

New Zealand and the United States both have a growth rate of 0.7 per cent, the United Kingdom’s is 0.6 per cent and China’s is 0.5 per cent. 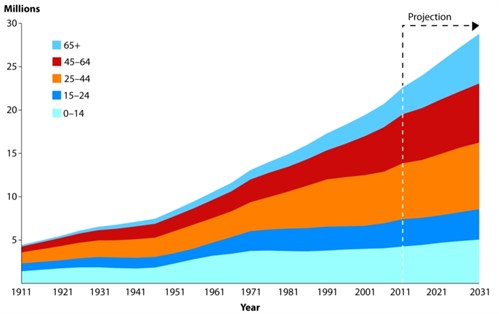 Australia faces challenge of a growing and ageing population

Historically, Britain was the major source country for Australia’s migrants but Dr Lanyon said there had been a significant increase­ in migration from the Asia-Pacific region in the past 25 years and a trebling of migrants from China and India from 1996 to 2011. “It’s a much more diverse Australia over the last 20 years,” she said.Australia’s growing longevity is a decisive indicator of national progress. But longer life spans are contributing to a major challenge that officials have been warning us about for years: the ageing of the population.

Australia’s growing longevity is a decisive indicator of national progress. But longer life spans are contributing to a major challenge that officials have been warning us about for years: the ageing of the population.

One big policy response to Australia’s changing demographic profile is the government’s plan to gradually lift the retirement age, now 65, in a bid to contain spending on the age pension. 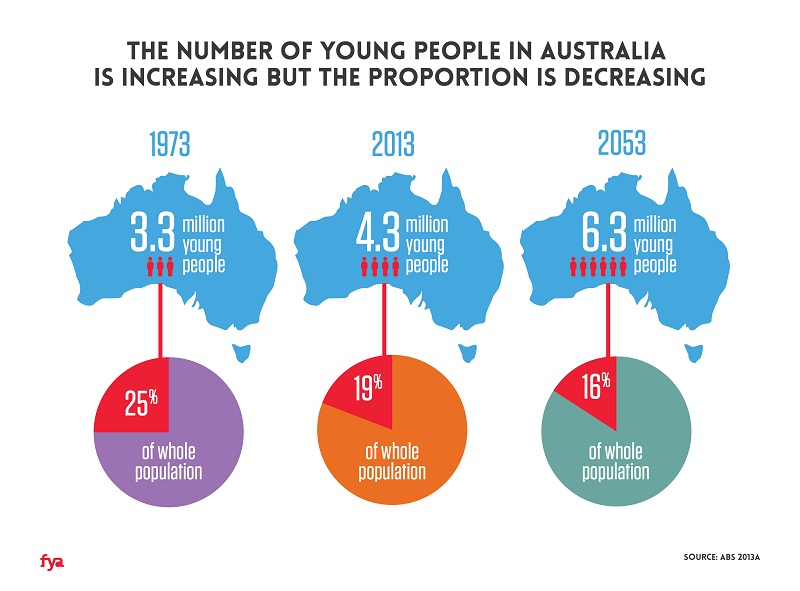