Lanning earned the accolade based on her standout performances during 2014, in which she was named the ICC WT20 Player of the Year.

The latest award is fitting as Lanning is not only the youngest player to captain Australia, but she is also ranked the number one batter in the world in women’s cricket.

Lanning was understandably rapt to collect the inaugural award.

“I never dreamt that my name would one day be included in the almanac but now that it has, I hope this is the beginning of a long tradition of female cricketers to receive such an honour,” Lanning said.

Editor of the Wisden Almanack Lawrence Booth said he thought Lanning might be a regular award winner.

“Meg was the natural choice for Wisden’s inaugural award. She’s a genuine star, and I’d be surprised if her name doesn’t feature regularly on our list of winners in the years ahead,” he said.

The Southern Stars’ next fixture is the 2015 Women’s Ashes in the UK. The team departs for the tour in mid-July and will by vying to win the trophy back from England.

Sri Lanka’s Kumar Sangakkara took out the men’s award after a record-breaking 2014. 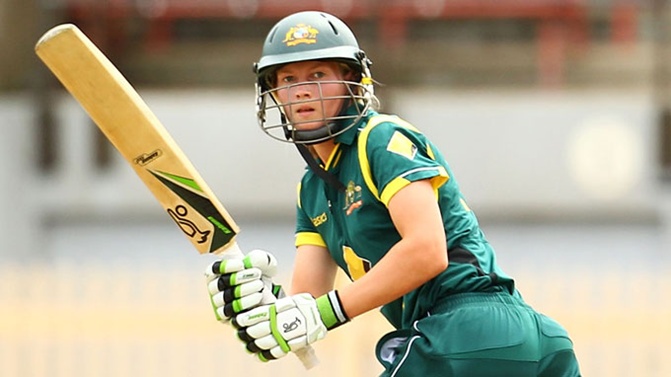