Three-quarters of Australians believe domestic violence is as much or more of a threat than terrorism, new polling shows.

The poll, conducted by Essential Research, asked 1,006 people whether they though family violence was more of a threat, or less of a threat, than terrorism to Australians.

The NSW minister for community and families services, Brad Hazzard, conceded the system was not “perfect”.

He said the number of services had increased over the past year but he was open to considering extra funding because “unfortunately the number of domestic violence incidents is also far greater and growing”.

The Council of Australian Governments (Coag) discussed the issue in Canberra in April and committed to work to ensure domestic violence orders were recognised across state boundaries.

Australian of the Year Rosie Batty said the results show governments need to reassess their priorities and allocate more funding to preventing and responding to domestic violence.

Batty, in a statement accompanying the Essential poll results, said the nation needed “to reassess our priorities”.

“We’re spending hundreds of millions extra on the war on terrorism, but women who fear for their safety are still being turned away from services because of a lack of funds,” she said.

“As a nation we need to re-assess our priorities. Women and children are dying because of family violence and we need to see a commensurate response.

“There is no shortage of goodwill from our leaders, but we need words put into action including increased funding of family violence services. Every day they wait, more lives are put at significant risk” Ms. Batty stressed.

Ms Batty – whose son, Luke, was murdered by his father last year – raised the comparison of domestic violence to terrorism in a speech to the National Press Club last month.

“We see whenever there is the slight threat of terrorism it’s amazing how funding can be found to combat that where seemingly there was no funding before,” Ms Batty said in her address.

“Let’s start calling family violence ‘terrorism’ and then maybe we will start to see that investment of funding applied to where it needs to be.” 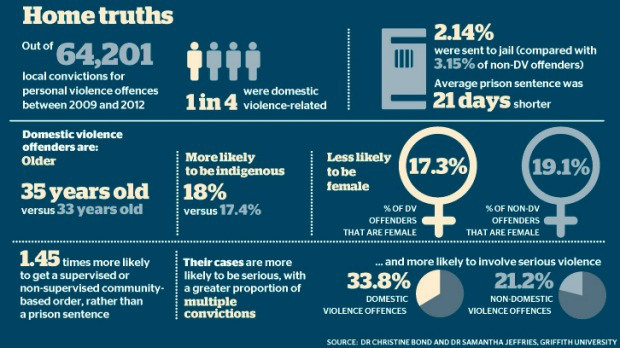 Is Australia in the midst of a Family Violence epidemic?

It is estimated that two Australian women are killed by domestic violence each week, with 31 women killed by a partner or relative in the first four months of the year.

The poll results were released on Monday, a day after reports emerged of women being turned away from refuges in New South Wales because of a lack of vacancies. Fairfax Media reported that almost 90% of the state’s women’s refuges were full.

Fair Agenda’s executive director, Renee Carr, said the nation was “in the midst of a family violence epidemic, yet inadequate government funding means thousands of women are still being turned away from the services that should be helping keep them safe”.

“When a woman tries to escape abuse, she is at great risk. It’s unbelievable that with a rising murder rate, and all the talk about addressing this issue, governments still aren’t fully funding frontline services to keep women safe.”

Commenting on the huge number of domestic violence matters he hears, Liverpool Local Court Magistrate Roger Prowse told Fairfax Media: “When they talk about the scourge of terrorism, the proper use of the word scourge is domestic violence.

“Here, people intimidate a partner on a minute-by-minute basis and no one is up in arms about that.”