SYDNEY — Trade and Investment Minister Andrew Robb will visit Kuala Lumpur from 23 to 24 August and Hong Kong from 25 to 26 August, and will lead a senior business delegation to China from 26 to 28 August to pursue opportunities created by the China-Australia Free Trade Agreement (ChAFTA).
In Hong Kong, Mr Robb will meet major investors across diverse sectors and promote investment opportunities arising from the Government’s White Paper on Developing Northern Australia ahead of a major Northern Australian Investment Forum in Darwin in November.
Leading a 30-strong business delegation of major Australian agricultural, food and resources and other firms to Shanghai and Beijing, Mr Robb will pursue opportunities created by the landmark China-Australia Free Trade Agreement.
He will also assure his Chinese counter-parts of the Government’s absolute commitment to this historic deal, and will highlight the long tradition of bipartisan support in Australia for freer trade.
“There is overwhelming support among Australian business for ChAFTA, which will not only lock in policies to support existing trade, but will crucially provide a catalyst for future growth across goods, services and investment, benefitting business and consumers on both sides,” Mr Robb said. 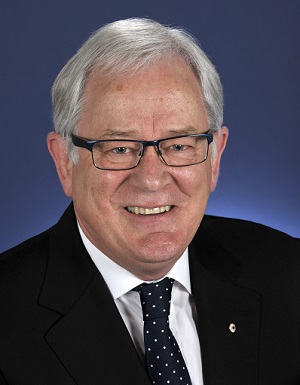 “This explains the urgency to get this agreement into force this year because major benefits will flow from day one.”
Opportunities in agri-investment and e-commerce will be a key focus for the visit and delegates will see first-hand the new doors ChAFTA promises to open.
Mr Robb’s visit to China builds on the second annual Australia-China Strategic Economic Dialogue, held in Canberra on 13 August, which highlighted Australia and China’s deepening trade and investment relationship, and the importance of infrastructure investment in regional economies and areas like Northern Australia.

In Kuala Lumpur, Mr Robb will work with trade counterparts from ASEAN, the East Asia Summit and the Regional Comprehensive Economic Partnership (RCEP) to further liberalise trade and investment.
RCEP brings together 16 regional economies, nine of whom, including China and India, are among Australia’s top 12 trading partners. Mr Robb will work with ministerial counterparts to clear the remaining obstacles so market access negotiations on goods, services and investment can begin.
When concluded, RCEP will be a major building block, together with a completed Trans Pacific Partnership, of a Free Trade Agreement of the Asia Pacific.
“RCEP will position Australia to take advantage of rising demand from our region’s middle class – from India to Indonesia, through to China, and all the countries in between,” Mr Robb said.
Mr Robb will also deliver a keynote address to the Malaysia-Australia Business Council and promote investment in Australia to key Malaysian investors.

NSW PREPARES FOR VACCINE ROLLOUT ACROSS THE STATE