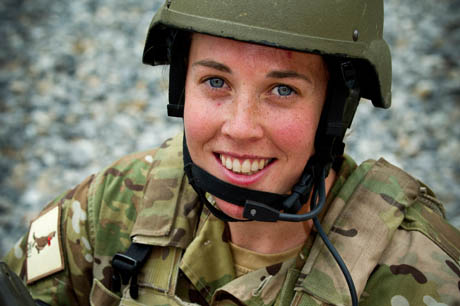 Army was one of three Australian organisations recognised for their efforts in increasing opportunities for women. Other companies recognised are from 13 Asia-Pacific countries, including the United States, Indonesia, Singapore, Japan and New Zealand.

Director General Personnel – Army, Brigadier Peter Daniel was quoted as saying that the result was a positive reflection on the work Army has done to increase the participation of women.

“This is a great result for Army which recognises on an international level the work we have undertaken in recent years to increase the representation of women in Army”, Brigadier Daniel said.

“While we have achieved a great deal, we are still in the early stages but we are taking incremental steps in realising the vision of a truly inclusive organisation is realised.”

The APEC project aimed to raise awareness of women’s economic contributions to business activities and contribute towards greater opportunities for women to take on more leadership roles and to be further included into economic activities.

Being recognised as one of the 50 Leading Companies for Women marks a waypoint in Army’s journey towards becoming a more inclusive organisation. This acknowledgment confirms that Army is emerging as an internationally recognised leader in advocating for equality and inclusivity within the workforce. Army’s Website