French taxi drivers have burned cars and blocked transport hubs as part of a nationwide strike against the mobile-based service Uber.

Some 2,800 cabbies took part in the strike, with more than 30 blockades nationwide.

Paris’ Charles De Gaulle and Orly airports were affected by the protest.

The drivers are angry about an Uber service called UberPOP, which puts customers in touch with private drivers who charge a lower price than those of traditional taxis.

The anger from French taxi drivers is the latest in a series of challenges confronting Uber, which has been accused by taxi associations and some policy makers of breaking national transportation laws and of creating unfair competition to traditional taxis. The ride-booking service faces regulatory scrutiny in many of the countries in which it operates.

Taxi drivers clashed with the riot police in Paris on Thursday during a strike against UberPoP, a service of the San Francisco-based transportation company Uber.Courtney Love Tweets Ordeal During Violent Uber Protests in ParisJUNE 25, 2015
The growing anger against the American technology company, however, has not stopped its meteoric rise from a small start-up founded in San Francisco in 2009 to a transportation giant that is now valued at more than $50 billion. Uber, which connects drivers with potential passengers through a smartphone app, operates in more than 300 cities and 57 countries, including the United States and China.

Today’s taxi driver protest is getting out of hand. According to the police, 2,800 taxi drivers are protesting today against UberPOP, the European equivalent of UberX (as UberX in France is Uber in the U.S.). With UberPOP, everybody can become an Uber driver — taxi drivers see the service as unfair competition as they have to get a special license. Yet, this doesn’t really explain why cabbies are now attacking Uber drivers, burning and breaking their cars.

The police have already arrested a taxi driver and an Uber driver. The cabbie was throwing projectiles toward the police, while the latter was attacking a cabbie. It is currently very difficult to go to Charles-De-Gaulle and Orly airports as taxi drivers are blocking the roads. Taxis are also controlling many parts of Paris, looking for Uber drivers.

There are other protests happening right now in Nice, Marseille, Toulouse, Bordeaux, Lyon and Lille. It’s the biggest protest so far against the urban transportation company in France as UberPOP has been expanding to new French cities.

UberPOP is the most controversial part of Uber in Europe, and many countries are trying to ban the service. It was banned in Brussels, the Netherlands and, yes, France.

But in many cases, Uber didn’t take its drivers off the road. After UberPOP’s launch, most taxi drivers were mainly raging against the new service. That’s why it is now on the brink of illegality or already illegal, depending on who you ask.

You can still easily order an UberPOP in the company’s app. The police have been issuing fines in Paris, but when an UberPOP driver gets fined, Uber pays.

Interior Minister Bernard Cazeneuve already issued a statement, saying that he asked Paris police chief to issue a decree making UberPOP illegal (once again). But he also said that only a court order can make the Uber app illegal in France.

Prime Minister Manuel Valls said that he would hold a meeting with taxi union representatives tomorrow. All the unions declined the offer, saying that they don’t want to talk to the Government anymore.

“Uber firmly condemns the recent acts of violence against Uber partners and their cars, perpetrated today in Paris and in other French cities; whatever the anger, violence is never acceptable. Uber wishes to underline the fact that no French court of justice has declared uberPOP illegal,” an Uber spokesperson told TechCrunch.

As I am based in Paris, I am now heading to the protest and will update this post with pictures and quotes from the protesters. 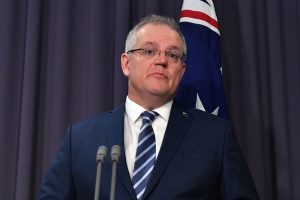 COP26 – Full of notable speeches but short on outcomes