Most of America is tired of hearing about Iraq. But now, they’re at least open to being entertained by it. And as an activist and as a veteran, I’m OK with that.

The movie entertains because it follows a standard Western format: Good-guys who are rough-around-the-edges, but lovable nonetheless. And bad-guys who are underdeveloped, one-dimensional foils of all things good and just. There is just enough emotion, plenty of shootouts, lots of redemptive violence and a leading lady who just can’t comprehend what it’s really like to be a hero.

Unfortunately, the classic characteristics of Western movies fail to provide a framework to tell the human experience of war. Clint Eastwood’s box-office smash brilliantly reads the temperature of America’s current collective consciousness about war-making. Debates about the film’s authenticity have kept the film in the news, but what should be more concerning is what is hidden — what society cannot face — not on the big screen, and not in our collective understanding of war.

There is a persistent, superficial message about coming home from deployment. Each time the protagonist returns from battle, his wife nags him to talk about his feelings; he remains distant, stoic and closed off, and then, life moves on. When he finally decides to come home for good after a mid-fire-fight epiphany, he struggles. But, he shares a few laughs and squeezes a few rounds with other veterans, and then, after an unspecified and unexplored period of time, he re-becomes the man that he was before leaving for war. His wife loves him, and his children receive his playful affection, like war never happened.

This picture of coming home is the myth our nation desperately wants to believe. Left out is the often mundane, sometimes ugly, process of learning and struggling, and discovering and failing, and risking again and again at home, courageously and creatively.

Until our nation really sees what it takes to make that transition to civilian life, we will not see the total experience of war. We will not understand what we ask of these men and women, deployment after deployment.

If we can’t tell “hero” stories about veterans, we depict veterans as “head-cases,” broken by war, traumatized, pathologized and heavily medicated.

“Post-traumatic stress disorder,” and “moral injury,” have become a part of the vernacular, and provide an alternative perspective to the hero narrative. But these terms can flatten or minimize the complex and mutable circumstances facing returning military service members and their families. 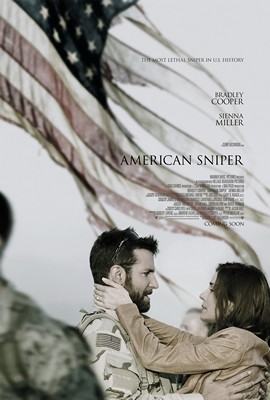 The human experience of war is multiple, contradictory and ambiguous: not Clint Eastwood’s strong suit, and not ours as a nation, either. We are a storytelling and meaning-making species, and we love our familiar dramas. We prefer to tell and hear simple stories because the reality of war and its impact on human bodies and souls might overwhelm our national self-concept. But that doesn’t relieve us of the responsibility of facing reality for what is, and not wishing it were otherwise.

We assume: “Why can’t you go back to being the person who got by for seventeen or eighteen years?” How does someone leave behind the person who completed boot camp, and then survived combat by developing necessary behaviors like hyper-vigilance and hyper-arousal?

Many veterans make adjustments to pass in the civilian world. Some are added to the rolls at the VA hospital. As long as we accept American Sniper‘s version of the story, where war fades into the background and time heals all wounds, and a service member goes back to being the person he or she was before, we assume that some are predisposed to be “heroes” and others must be predisposed to be “head-cases.” Dispositional caricatures are easier to valorize or blame. In all cases, we mostly leave individuals responsible for their own fates, even those who have sacrificed so much in our nation’s interests.

As long as we tell this story in this way, we cannot understand what is actually taking place in this time of transition, or how profoundly inadequate our support remains. It is time to accept our collective responsibility and do what is necessary to bring our troops all the way home.