Four of Australia’s best restaurants – Attica, Quay, Sepia, and Brae – have been named in the prestigious S.Pellegrino World’s 100 Best Restaurants list, as judged by 900 of the world’s leading chefs, restaurateurs and food media.

For the second consecutive year, Melbourne’s Attica ranked at number 32, while Sydney’s Quay improved their ranking from last year, jumping to number 58. Sydney restaurant Sepia and regional Victoria’s Brae restaurant both made their debut on the list at number 84 and 87 respectively. Additionally, Sepia was also crowned the one to watch receiving the Fastest Rising Restaurant award.

To have four restaurants in this list is a record achievement for Australia, reflecting our unique combination of innovative chefs, awe-inspiring landscapes and access to surprising native ingredients and some of the freshest produce in the world. Australia’s rich ethnic diversity has produced one of the most exciting and multicultural cuisines in the world, with chefs like Ben Shewry able to thrive in the creativity of a food and wine culture not bound by tradition.

Find out more about these four world-class restaurants and discover why Australia has never been a more inspiring or dynamic place to dine out.

While geography plays a huge role in shaping the cuisine of any country, for Ben Shewry of Melbourne’s Attica, the sheer size of Australia is the key.

“With all the different climates around the country at any one time, from tropical far north to cool-climate south, we have such an abundance of produce available,” he says. “Add to that a small but very special and unique pantry of native Australian ingredients and you have the raw materials for a unique cuisine.”

Shewry puts those raw materials to good use in dishes such as tender Flinders Island Wallaby with native currants and wattle-seed salt. 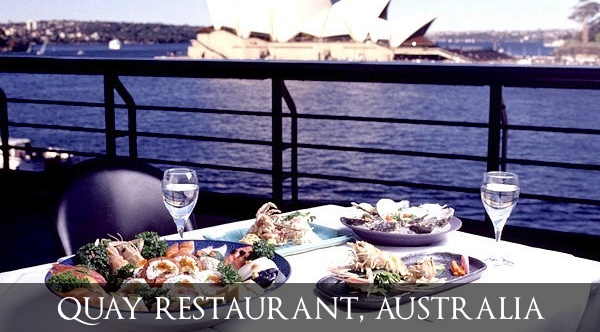 For Peter Gilmore, chef at Sydney’s Quay, a restaurant that provides a stunning setting with views of Sydney Harbour Bridge, it’s an open mind and the freedom to explore the possibilities of many different food cultures and traditions that sets dining in Australia apart.

“Along with the incredible array of raw natural ingredients, this diversity gives us so many different possibilities that it’s hard to define our cuisine,” he says. “But it’s evolving in different and equally exciting directions.”

For Gilmore, it’s all about focusing on the texture, harmony and balance of Japanese, Korean and Chinese cuisines. “I rely on my own set of sensibilities and experiences of growing up in a multicultural society,” he says.

After working at some of the world’s best restaurants including Australia’s Tetsuya’s, Martin Benn opened Sepia in 2009. Earlier this year he was invited by French-American chef Eric Ripert to cook a nine-course lunch for twenty of America’s top food and wine media in his three Michelin-starred restaurant, Le Bernardin, in New York to rave reviews.

Vick Wild, Martin’s business partner and wife says, “Martin and I travel a lot and what we do here in Australia, not just at Sepia, but what we do as an industry, is world class.“

She continues, “there is a mixed message out there of what Australian cuisine is. We try to define what we do here; we are sophisticated, and we are up there with the rest of the world. We don’t have to use Australian ingredients to be Australian. We are on the doorstep of Asia, we embrace Asian cuisine better than any country on the planet. We do it with clarity and sophistication.” 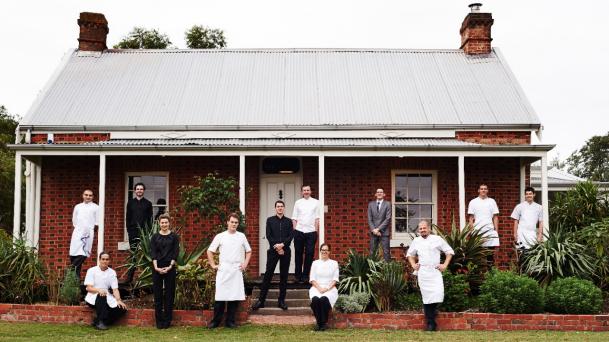 Dan Hunter, a chef who returned to the Victoria countryside of his youth after working in several European restaurants, brings the skills he learned as head chef at Mugaritz in the Basque country and puts them to very good use at his restaurant, Brae, about an hour outside Melbourne.

He says, chefs in Australia are interested in ingredients “and substance or provenance” over shows of technique, “and they’re happy to mix and match from all the varying influences that exist in Australia – from immigrant to Indigenous – to create food that reflects our upbringing, interactions and day-to-day experiences”.