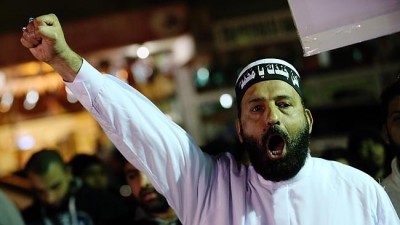 50 years old, self-made Sheik, who already had 40 criminal charges in his account and was on bail was the culprit of 17-hours long siege of 13 hostages in Lindt Café in Martin place. Police at about 2am stormed the café when according to police heard the gunshot. It was not clear yet whether 2 hostages gun downed were killed in a cross fire or by the offender.

The offender, Monis Haroon who claimed himself as Sheikh, was on bail on a charge of accessory to murder, relating to the death of his former wife in 2013. In March 2014, Haron was charged with more than 50 sexual offences. He was also charged in 2002 for sexual assault of a young woman on the name of spiritual healing. He used to advertise himself in the community and in the local newspapers for ‘spiritual consultation’ and claimed himself as an astrologer, meditator and black magician.

Haroon arrived in Australia as a refugee from Iran in 1996. He became a story in the media and known to the public when he was charged with sending offensive letters to the families of Australian soldiers who had died in Iraq and Afghanistan.

Yesterday (15 December 2014), at about 9.45am Haroon entered the Lindt Café, situated in Martin Place in Sydney CBD with a shotgun and made up to 15 people hostages. After few hours being hostage first 3 and then 2 people, somehow, managed to safely escape from the Café.

According to a Police report 2 hostages and the offender Haroon Monis died and four hostages were injured during the police operation that brought the siege to an end just after 2am this morning after about 17-hours siege.

The Police commissioner Scipione confirmed that the police were treating the operation as a critical incident and an investigation was underway. “We need to actually find out what’s happened here and what’s happened inside that cafe,” he said.

The Commissioner assured Sydneysiders this was an “isolated incident” and urged that this incident not “bring about any loss of confidence about working or visiting in our city”.

The Premier of New South Wales, Mr. Mike Baird, addressing to the media, paid tribute to the families of the deceased and hostages. He said, the people of NSW showed their unity as never before.

Australian Prime Minister Tony Abbott has released a statement, today. “Our thoughts and prayers are with the families of the two deceased hostages, the wounded and the other hostages, I commend the courage and the professionalism of the New South Wales Police and other emergency services.”, Prime Minister said.