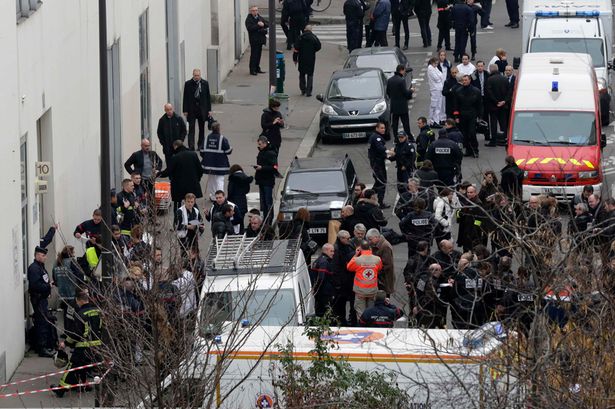 Paris – At least 12 people, including two police officers, were killed and dozens injured, when black-hooded gunmen opened fire in the office of a Paris-based satirical newspaper on Wednesday.

A normal afternoon in Paris was disrupted when gunshots were heard near the office of Charlie Hebdo (Charlie Weekly), sending nearby people cowering. The masked gunmen were later seen fleeing the scene and hijacked a car. They have not been caught and a search is underway for the shooters. Some witnesses said the gunmen said they were defending Mohammed as they opened fire.

Three criminals were involved in the attacks, according to French interior minister.

President Francois Hollande described the attack as “an act of indescribable barbarity” and assured the French people that “measures have been taken to find those responsible; they will be hunted for as long as it takes to catch them and bring them to justice”.

Some counter-terrorism experts have indicated that the deadly attack on a satirical French newspaper appeared to be a well-planned and deliberately-executed assault by trained militants. Other experts speaking on western media did not rule out the possibility of role of professional French mafia.

Some of the best-known French cartoonists were among the 12 killed, including publication director Stephane Charbonnier, and the cartoonists known as Cabu, Tignous and Wolinski. 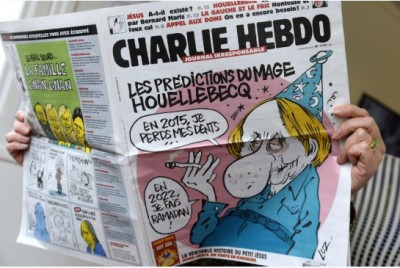 The attacked French weekly is known for its provocative cartoons and has a long history of mocking popes, celebrities, presidents as well as the Prophet Muhammad.

But this isn’t the first time the left-wing weekly faced a threat as it had been targeted in the past over its content, often aimed at religious groups. The newspaper’s office was firebombed in 2011 and its website was hacked after its cover featured the prophet Muhammad. Nearly a year later, the publication again published crude Muhammad caricatures, drawing denunciations from around the Muslim world.