RIYADH: Pro wrestlers with the WWE, including John Cena and former champion Randy Orton, are in Saudi Arabia for three days of matches in the capital, Riyadh.

World Wrestling Entertainment Inc. says it is the first time its franchise has held matches in the conservative Muslim kingdom, home to Islam’s holiest sites. 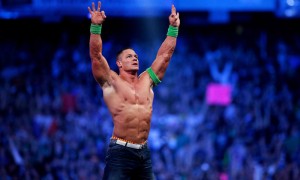 WWE is wildly popular across the Middle East. WWE has an Arabic website and debuted live in the region in Egypt in 2012.

Matches also have been held in Qatar and the United Arab Emirates since.

Ticketmaster says on its website the matches in Saudi Arabia are ”for males only.”

The state-run Saudi Press Agency says 35 U.S. wrestlers in total from WWE are in the kingdom for the matches that start by Thursday.