About 60 percent of the world’s fish, birds, mammals, amphibians and reptiles have been wiped out over the past four decades, largely because of human activity, researchers say.

The Living Planet Report 2016, released on Thursday, blamed deforestation, pollution, overfishing, and the illegal wildlife trade for “pushing species populations to the edge”.

That estimate comes from the Living Planet Index, a measurement of 3,706 vertebrate species including mammals, birds, fish, and reptiles used to calculate the change in abundance over time.

Victims include gorillas and orangutans, rhinos and elephants, tigers and snow leopards, but also faceless species such as corals – a crucial cornerstone not only of marine life but also coastal human communities. 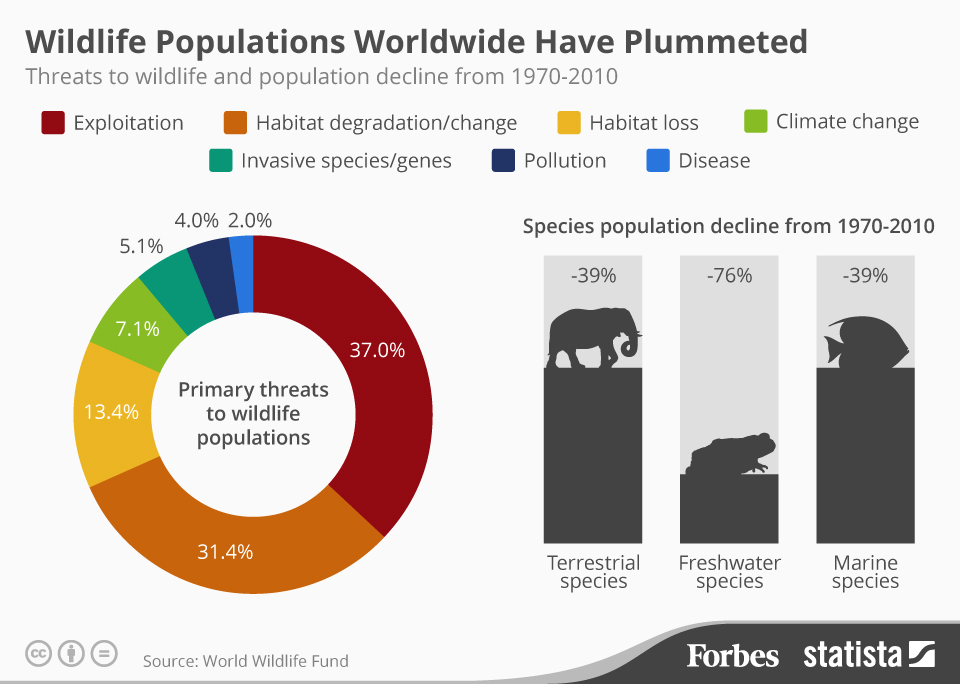 In the last century, the population has grown from about 1.6 billion people to more than 7 billion today, and it’s expected to exceed 9 billion by mid-century. As a result, many of the problems facing wildlife involve being over-fished or hunted for food and losing their habitat as more and more land is cleared for agriculture. The WWF estimates that farmland already occupies more than a third of the planet’s surface.

On the current trend, the assessment predicts that by 2020 populations of vertebrate species could have fallen by 67 percent from 1970 levels unless action is taken to reverse the damaging effects of human activity.

African elephants, slaughtered mainly for their tusks, have dropped in number by more than a quarter since 2006. Swathes of coral reef around the globe have already turned white, killed by warming waters, pollution and disease. Factory fishing has emptied the seas of 40 percent of sea life, and nine out of 10 fisheries in the world are either overfished or full-fished today.

Marco Lambertini, director general of WWF International, wrote, ‘For decades scientists have been warning that human actions are pushing life on our shared planet toward a sixth mass extinction.’

This is bad for people as well as plants and animals. The report notes that a growing human population is currently consuming resources far faster than the Earth can replenish them, stating “By 2012, the biocapacity equivalent of 1.6 Earths was needed to provide the natural resources and services humanity consumed in that year.” In other words, we are currently consuming resources at a rate that cannot last indefinitely.

In order to avoid the stunning losses projected by this year’s report, the authors recommend a variety of prevention tactics, including increasing the number of protected areas on Earth and committing to more sustainable energy and food systems. The alternative, the report suggests, is a world in which unsustainable activities eventually exceed the planet’s ability to support both the natural and human systems it houses. 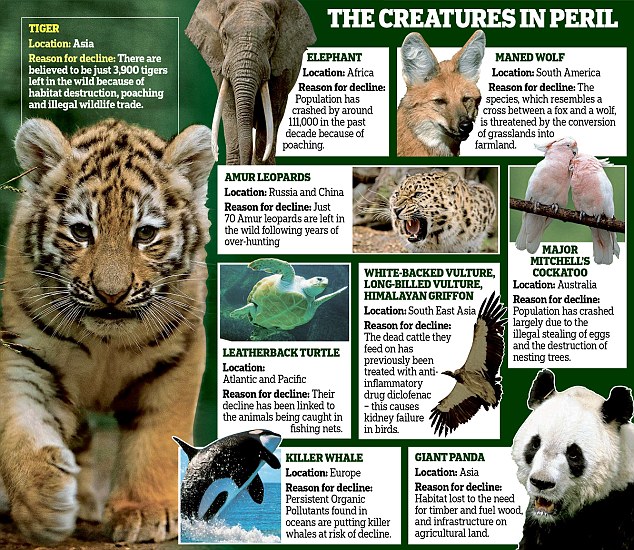