Though more than 1,000 people have died in the world’s worst ever outbreak, the UN now says that number may be higher.

Staff with the World Health Organisation battling an Ebola outbreak in West Africa see evidence the numbers of reported cases and deaths vastly underestimates the scale of the outbreak, the UN agency has said on its website. 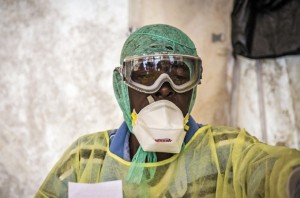 The death toll from the world’s worst outbreak of Ebola stood on Wednesday at 1,069 from 1,975 confirmed, probable and suspected cases, the agency said. The majority were in Guinea, Sierra Leone and Liberia, while four people have died in Nigeria.

The agency’s apparent acknowledgement the situation is worse than previously thought could spur governments and aid organizations to take stronger measures against the virus.

“Staff at the outbreak sites see evidence that the numbers of reported cases and deaths vastly underestimate the magnitude of the outbreak,” the organization said.

“WHO is coordinating a massive scaling up of the international response, marshaling support from individual countries, disease control agencies, agencies within the United Nations system, and others.”

International agencies are looking into emergency food drops and truck convoys to reach hungry people in Liberia and Sierra Leone cordoned off from the outside world to halt the spread of the virus, a top World Bank official said.

In the latest sign of action by West African governments, Guinea has declared a public health emergency and is sending health workers to all affected border points, an official said.

An estimated 377 people have died in Guinea since the outbreak began in March in remote parts of a border region near Sierra Leone and Liberia.

Guinea says its outbreak is under control with the numbers of new cases falling, but the measures are needed to prevent new infections from neighboring countries.

“Trucks full of health materials and carrying health personnel are going to all the border points with Liberia and Sierra Leone,” Aboubacar Sidiki Diakit president of Guinea’s Ebola commission, said late on Wednesday.

As many as 3,000 people are waiting at 17 border points for a green light to enter the country, he said.

“Any people who are sick will be immediately isolated. People will be followed up on. We can’t take the risk of letting everyone through without checks.”

Sierra Leone has declared Ebola a national emergency as has Liberia, which is hoping that two of its doctors diagnosed with Ebola can start treatment with some of the limited supply of experimental drug ZMapp.

Nigeria also has declared a national emergency, although it has so far escaped the levels of infection seen in the three other countries.

Ebola is one of the world’s most deadly diseases and kills the majority of those infected. Its symptoms include internal and external bleeding, diarrhoea and vomiting.

The US State Department ordered family members at its embassy in Freetown to depart Sierra Leone because of limitations on regular medical care as a result of the outbreak.